Immediately after the 2018 midterm election results were announced -- and sometimes even during or before -- liberal feminists were out on social en masse, shaming and insulting "white women" who didn't vote in lock-step with the progressive left-wing line.

Apparently, white women - who lean more Republican than any other female demographic - are to blame for keeping "the patriarchy" in power by electing Republican candidates like Florida Governor-elect Ron DeSantis and Texas Sen. Ted Cruz (over fellow white male Beto O'Rourke, of course).

And the Banshee Brigade was none too pleased about it.

Feminist Jill Filipovic blamed uneducated white women for electing Republicans like DeSantis, but fingered racist ones for electing Brian Kemp as the future governor of Georgia. 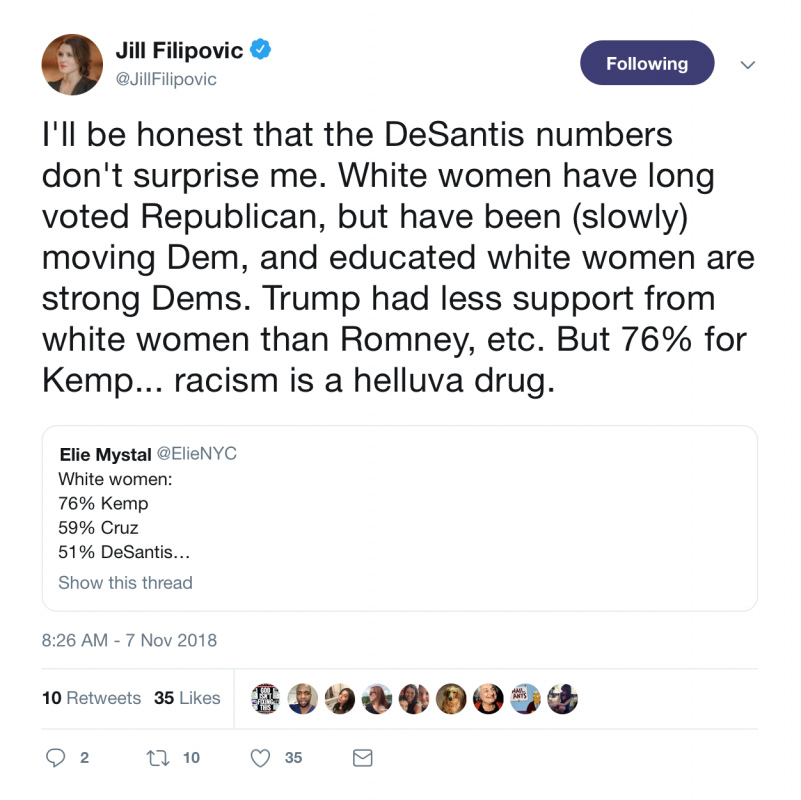 The Women's March demanded "accountability and an honest reckoning" from women who didn't vote the way feminists wanted. 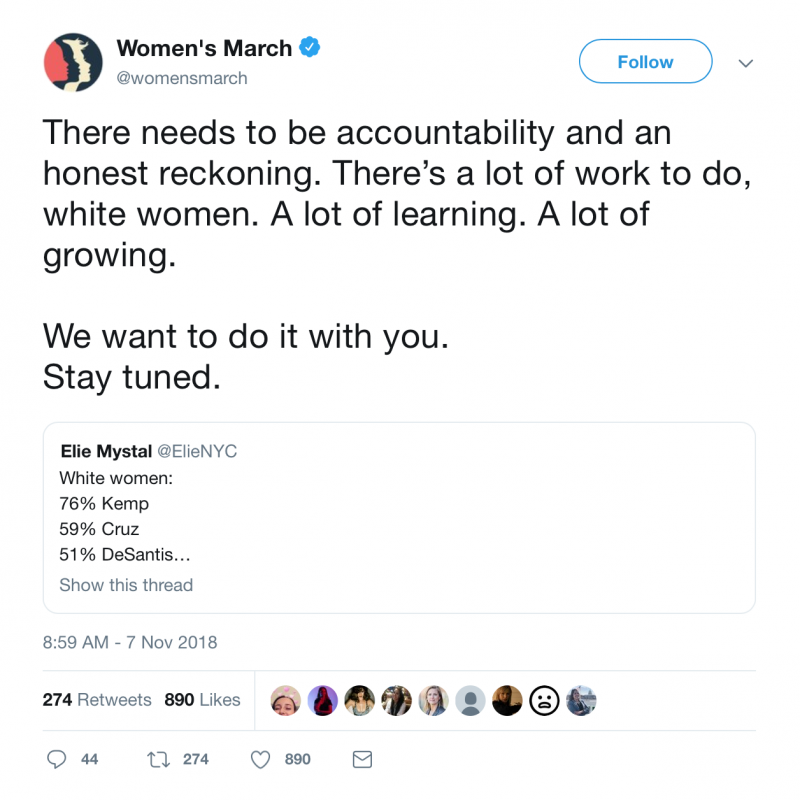 Feminist Mona Eltahawy called white women "footsoldiers of the patriarchy," accusing them of having been indoctrinated and unable to think for themselves "because they're white." 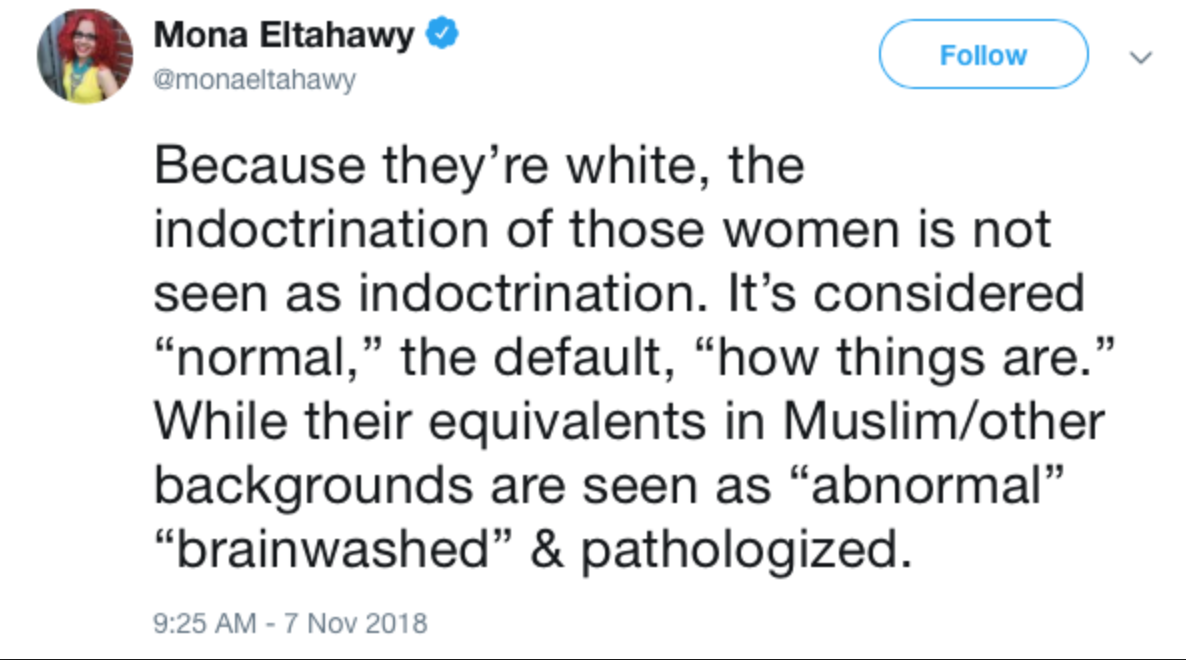 This one also thinks white women are racist and couldn't possibly be voting based on their own values and beliefs. 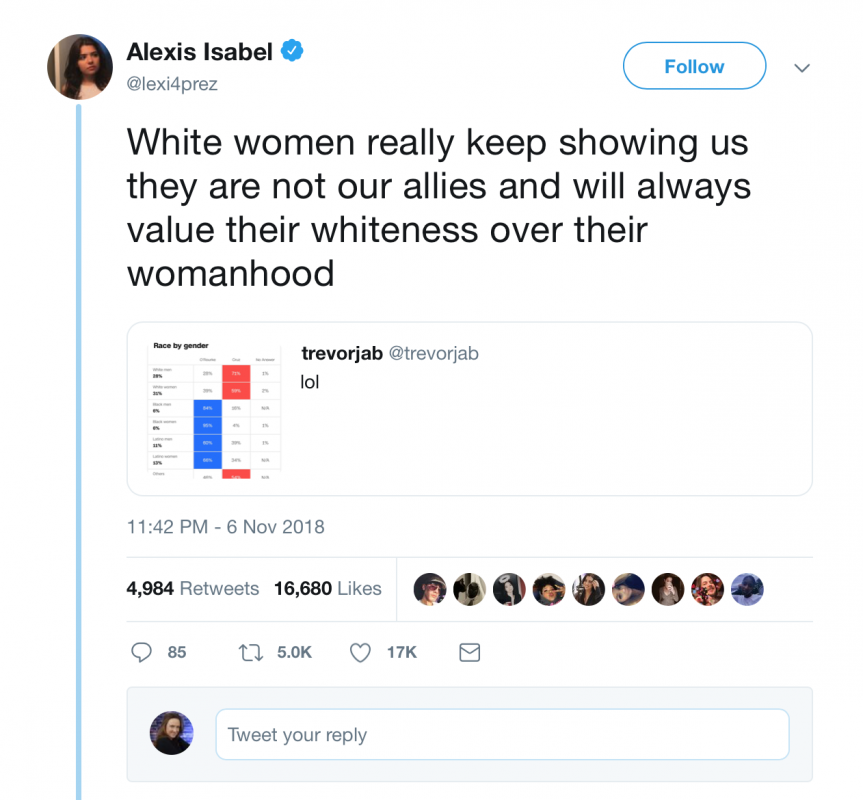 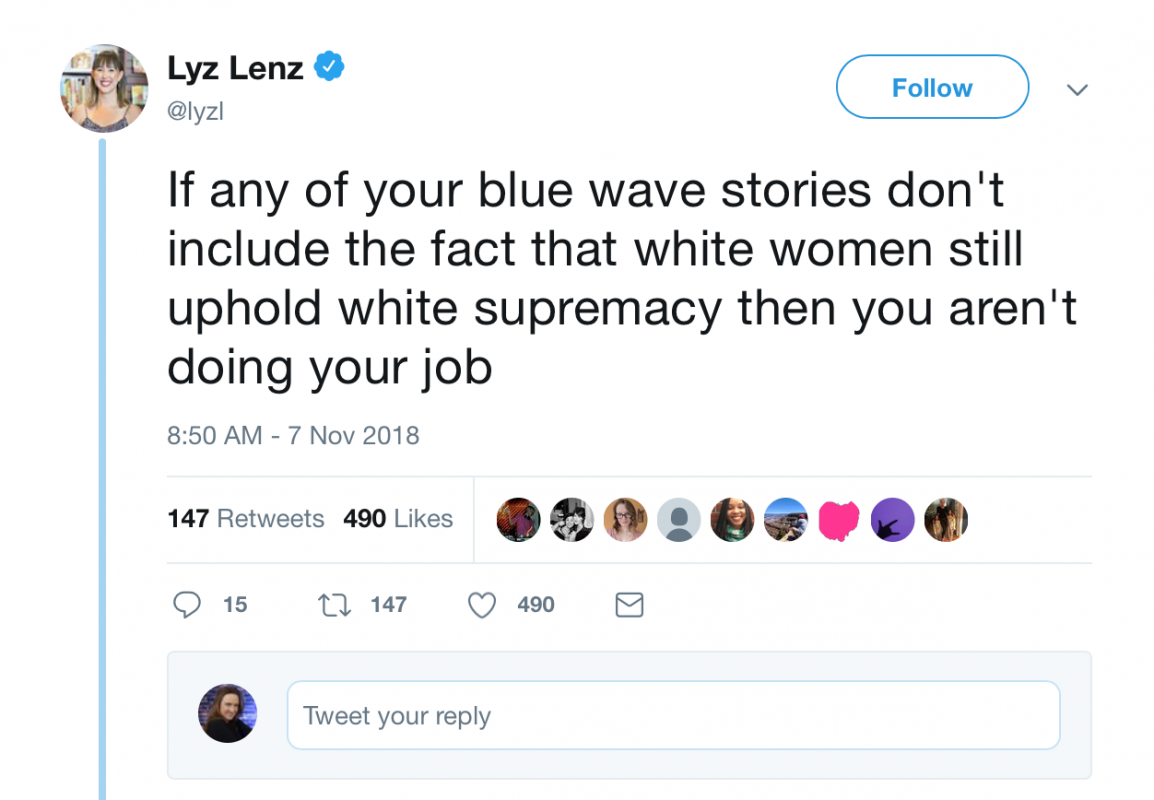 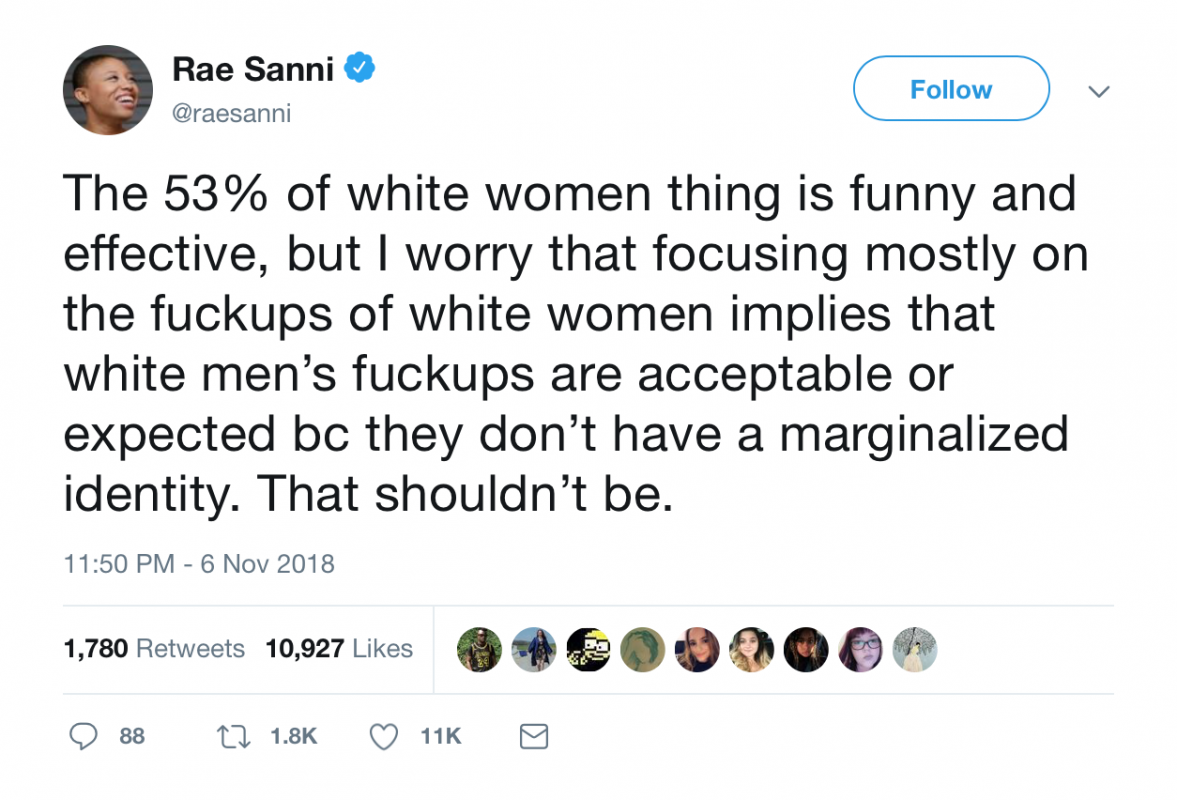 This one thinks white women who voted for Cruz are "irreversibly dangerous."

Of course, the fact that these women leaned red couldn't possibly be because those ladies, many of whom simply happen to be white, voted based on their own well thought-out and deeply held values, which happened to differ from the parroted liberal groupthink. No, it must be because they're racist slaves to their husbands who're too stupid to know what's good for them.

Keep it up, liberals. That's sure to win them over.