LGBT Activists Say 'Love is Love' But Struggle to Define Marriage, Especially When It Comes to Polygamy 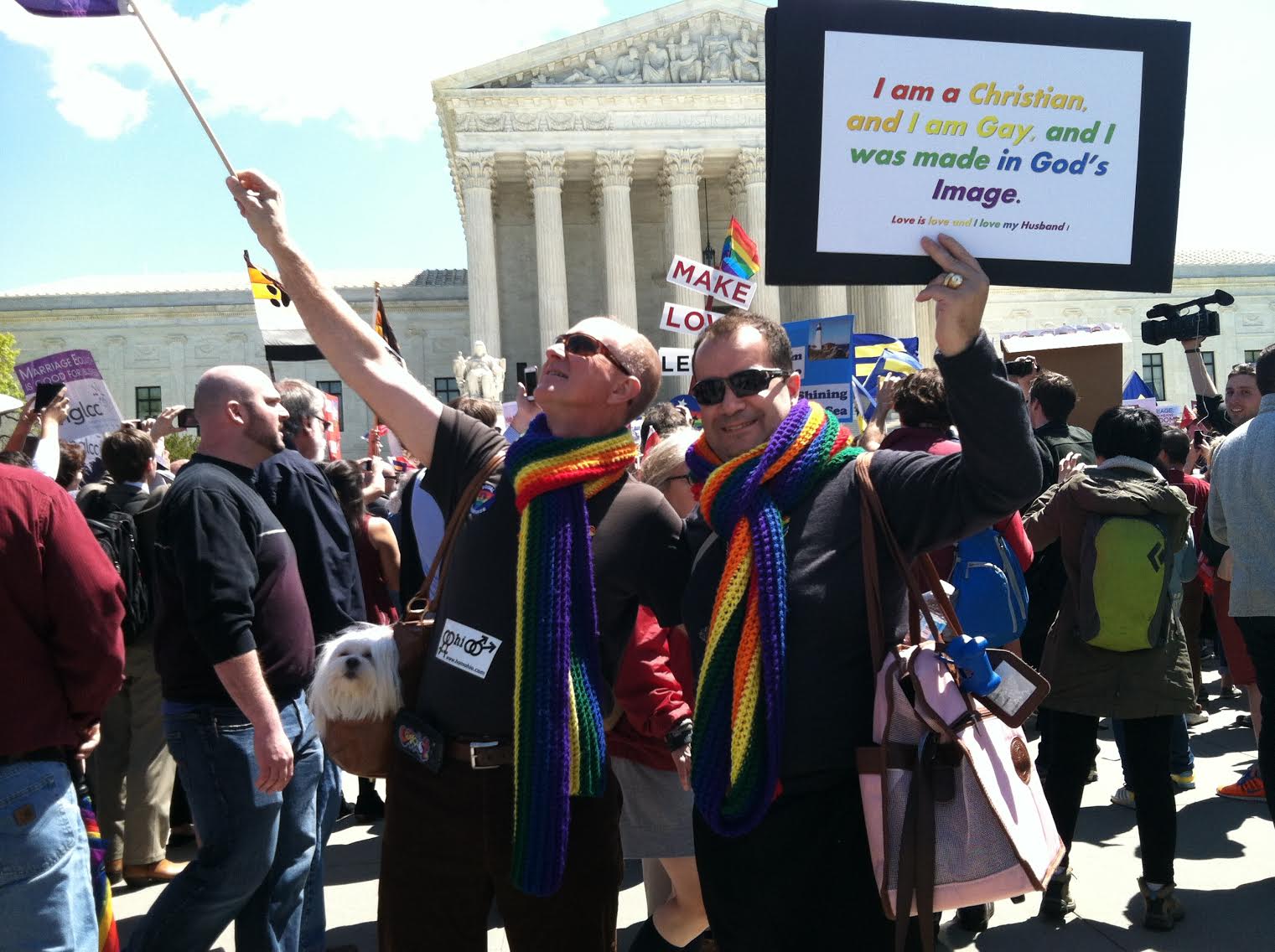 Hundreds of LGBT activists gathered in front of the Supreme Court on Tuesday to rally for same-sex marriage.

At the rally, gay rights activists argued that same-sex couples across the U.S. should be able to legally marry because “love is love” and knows no bounds, but their answers varied when it came down to offering marriage a new definition, especially when asked to consider the practice of polygamy.

Some demonstrators defined marriage as a covenant and/or legal agreement between strictly two people who love each other:

"Clearly, covenant love is between one person and one person," one activist said.

"Traditional marriage is two people who love each other," said another. "We're not talking about anything else."

Others argued that the definition of marriage is far more subjective than that offered by their peers, leaving open the door of possibility to polygamists who seek to legally marry in the future.

"My basic golden rule is, are you harming yourself or others?" a demonstrator said.

"If we can come to a determination ... that [polygamists are] not harming themselves or others, then I am for any law of any stripe."

"I definitely agree in equality for all," stated another, "and I definitely don't think it's okay to discriminate against polygamists."

The Supreme Court will continue hearing oral arguments for the same-sex marriage case this week. Whether the Court will hand down a definitive decision in the near future remains to be seen.

LGBT rally at the Supreme Court