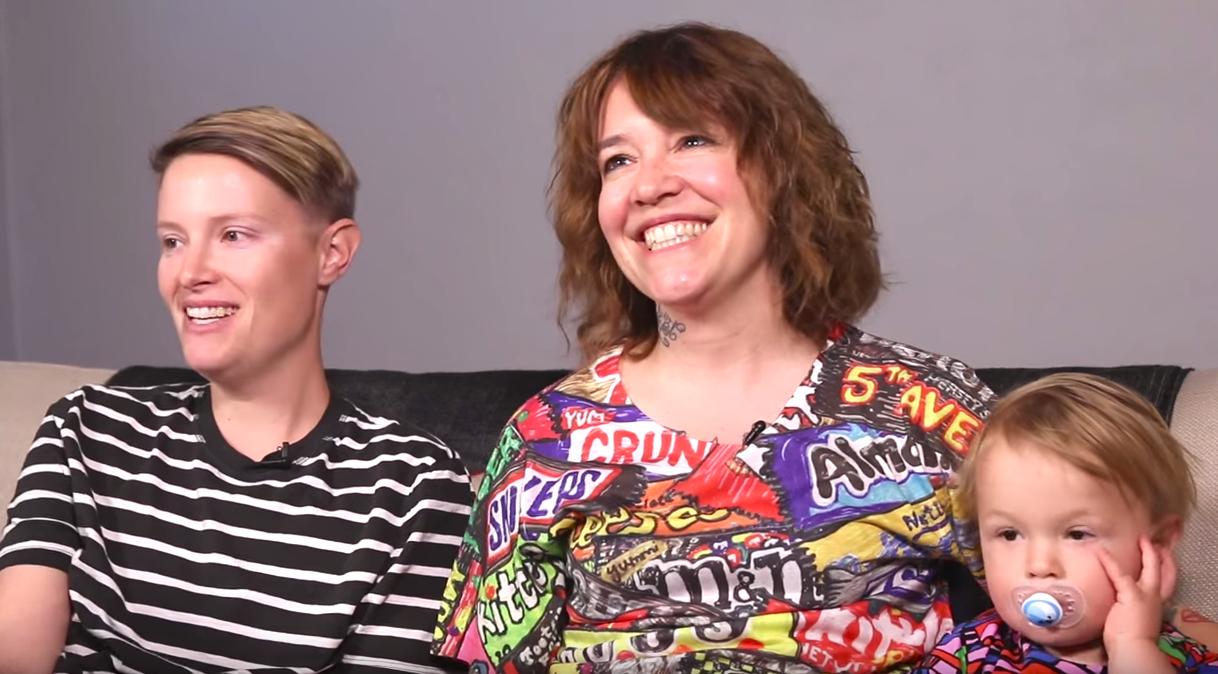 A lesbian couple featured in a BuzzFeed video on “gender non-conforming” parenting is trying to force their son to have a “queer” relationship with his gender despite his protests.

In Buzzfeed’s “I Am A Gender Non-Conforming Parent” video, Dashiell and Michelle explain how they raise their son, Atticus, as a lesbian couple with a “gender non-conforming” parent.

“It’s really funny, because he’s like super into sports,” Michelle said. “Maybe he was like an Olympic athlete in his past life. He like, came with all of these sporting talents that are like visible at 17 months. That’s what Dashiell liked growing up. She easily relates to him on that level.”

“I’m constantly like trying to queer my relationship with him and get him to wear tutus. He hates it. He’s just like, ‘no,’” Michelle said.

“When I catch myself trying to do these things, it ends up making me feel really retro and dumb about gender,” Michelle continued. “It just takes me away from the reality of like, him. Atticus. Like who is he? What does he want? And the sort of purity of the things that he’s interested in or delighted by.”

“Obviously, I want to support whatever he wants to be,” Michelle said.

However, later in the video, Michelle says, “He’s taking in kind of kid media. And he has this great book that’s like, just pictures and words. But when you open it up, it’s like, a picture of a girl and a picture of a boy, and it’s like, ‘Girl,’ ‘Boy,’ and I’m just like, ‘Child,’ ‘Child.’”

“And even something that’s like Progressive like ‘Sesame Street,’ all the monsters are boys unless they have like a bow in their hair or a sparkly necklace on. Like, why is ‘Old McDonald’ a guy? Why couldn’t it be a lesbian farmer?”

“Sometimes, the best thing to do feels to be constantly challenging and sometimes, it’s almost to ignore gender completely. He’s being raised by a gender non-conforming person, so just the existence of Dashiell is going to be a huge piece of information about the reality of what gender is or isn’t.”

“Everyone needs to be reconsidering the way that they’re presenting gender to their kids. It’s not even whether or not Atticus is personally going to be a genderqueer or genderfluid person. Atticus can grow up to be a completely traditional cisgendered male and he needs to understand the variety of genders that are out there so that he can be a respectful human being in the world,” Michelle concluded.