Police arrested three people early this week who are accused of damaging a County Democrats building in Northeast Portland. 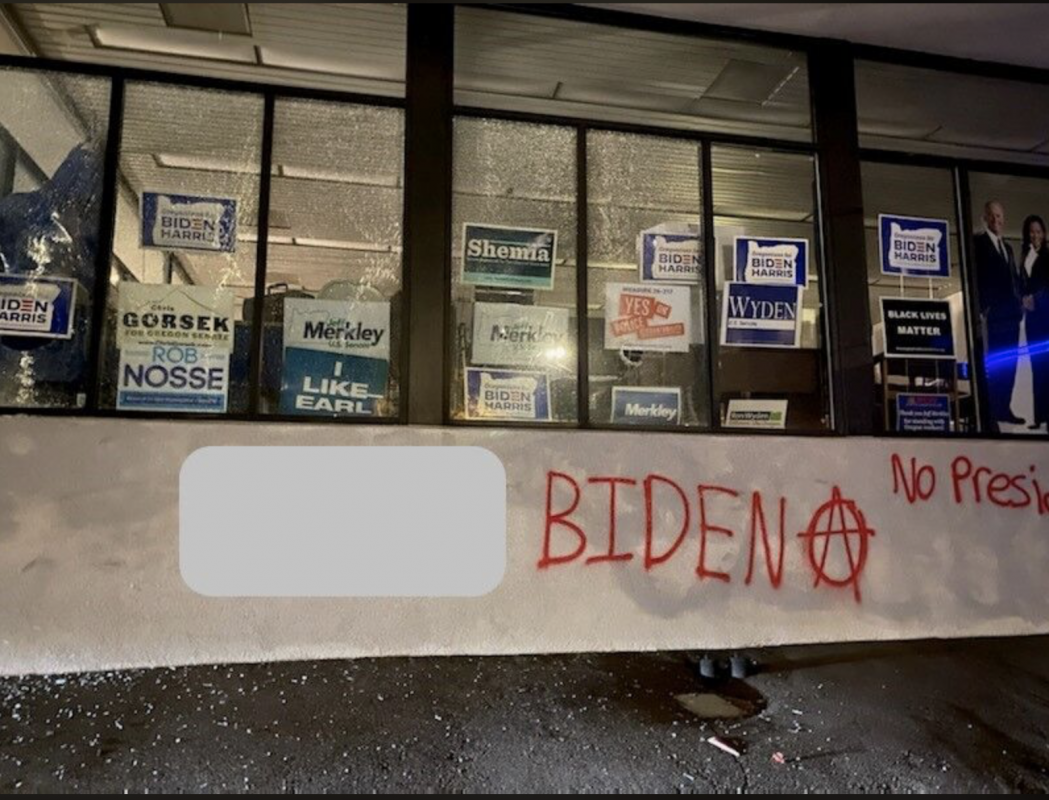 KATU-TV reports, a group of rioters were marching through Portland Sunday night and several stopped to smash up the DNC office building windows and tag it with graffiti.

Several members of the group reportedly started tagging the building and shattering windows. Police said the group then started heading back toward Laurelhurst Park.

Officers then moved in and made targeted arrests of people who allegedly engaged in the criminal activity. The rest of the group reportedly dispersed into the neighborhood.

Police say the following three people were booked into the Multnomah County Jail:

The saying "F--- Biden" was reportedly among the graffiti sprayed painted upon the building.