Twitter is just an awful place. While it’s well within their rights to speak freely, social media platforms give everyone a voice — and Twitter is where the most ignorant people live to ruin friendly exchanges.

On Monday, President Donald Trump tweeted about the three-year anniversary of his inauguration and how it was “appropriate” that the day also fell on Dr. Martin Luther King Jr. Day.

It was exactly three years ago today, January 20, 2017, that I was sworn into office. So appropriate that today is also MLK jr DAY. African-American Unemployment is the LOWEST in the history of our Country, by far. Also, best Poverty, Youth, and Employment numbers, ever. Great!

Take a look (Note: The goat symbol is known in the sports world as “Greatest Of All Time.” And McGregor presumably meant "feat," not "feet"):

Phenomenal President. Quite possibly the USA 🐐. Most certainly one of them anyway, as he sits atop the shoulders of many amazing giants that came before him. No easy feet.
Early stages of term also.
Incredible.
Congrats and Happy Martin Luther King Jr. day America 🇺🇸❤️🇮🇪

It’s not known whether McGregor is a Trump supporter or not, but with words like that it wouldn’t be far off to think so. 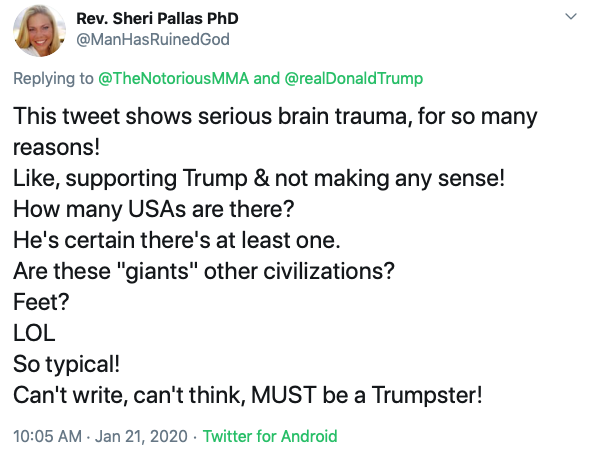 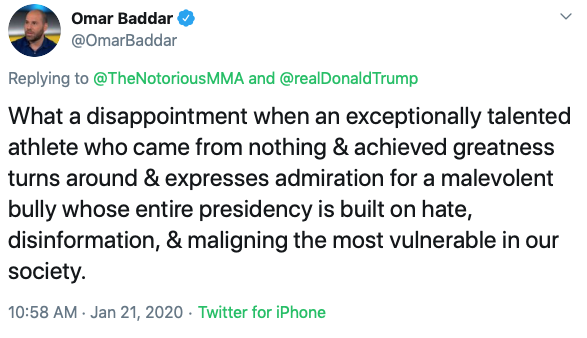 Ah, the “tolerant” left. The gift that keeps on giving.

McGregor made a successful return to the octagon last Saturday as he pulled off a technical knockout (TKO) victory over veteran fighter Donald “Cowboy” Cerrone in just 40 seconds.