The left and far-left are complete hypocrites. It’s been proven time and time again. Listen, there are those on the right who have their hypocritical moments as well. But in this case, the left has a very short memory. It’s almost as if they live by the mantra, “Do as I say, not as I do.”

The left had a conniption fit over President Donald Trump’s Tuesday morning tweet where he compared the ongoing impeachment inquiry against him to a “lynching.” Predictably, the left lost their subconsciously racist minds, because they couldn’t believe that Trump would use a word that “clearly” pertains to the persecution of black people — as if no one else in history was ever lynched.

Oh, how quickly they forget!

I don’t know if anyone remembers this. I do, because I reported on it back in January. But, both Sen. Kamala Harris (D-Calif.) and Sen. Cory Booker (D-N.J.) used the term “modern-day lynching” to describe the alleged “hate crime” against actor Jussie Smollett.

Just in case you don’t remember, I’ll leave these here: 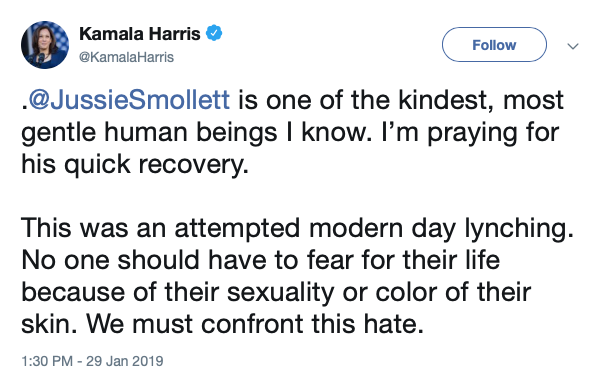 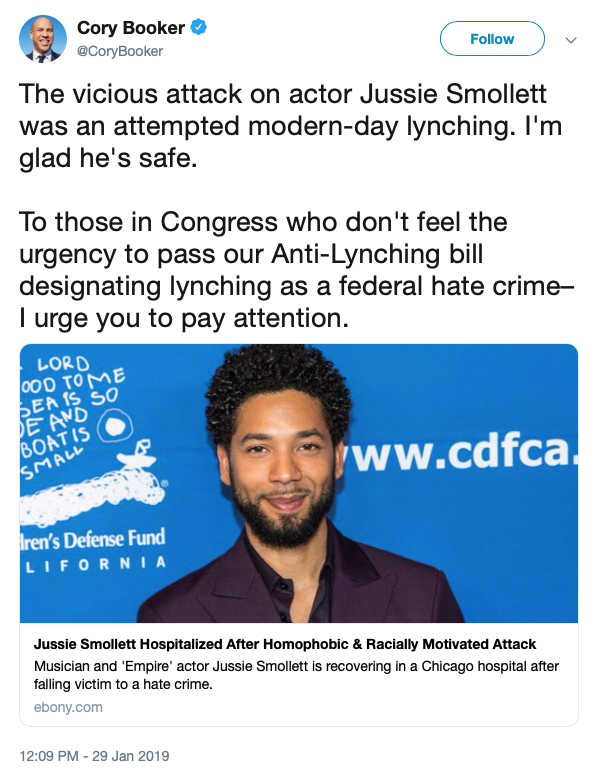 Surprisingly, Harris and Booker haven't deleted their tweets. You can click on their names in the previous sentence to see for yourselves. I just like to take screenshots of Twitter posts in case someone decides to delete their tweets.

So before the left continues their temper tantrum over Trump’s use of the word “lynching,” take a look at Harris’ response to a question about her use of the term:

Take a look at some from the left, including Harris and Booker, who blew a gasket over Trump’s use of “lynching”: 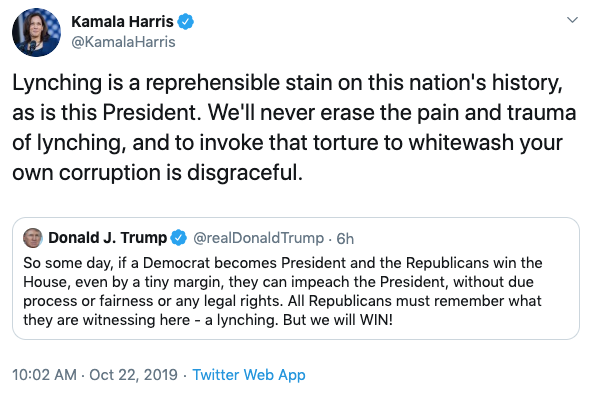 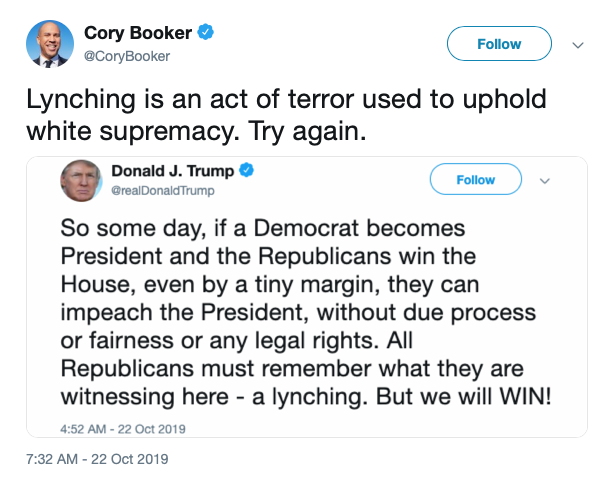 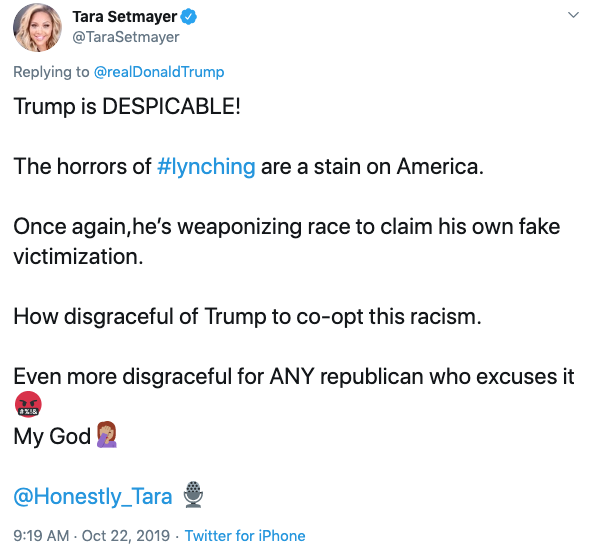 Good Lord! Calm down, take a breath and understand how incredibly hypocritical you look.