Kimmel: Talk Show Hosts Are Liberal Because 'It Requires a Level of Intelligence'

Kimmel joined the progressive “Pod Save America” podcast on Saturday to talk about the week’s headlines, along with the state of late night talk shows. Kimmel didn't hold back on what he truly thinks of anyone not labeled a "liberal." 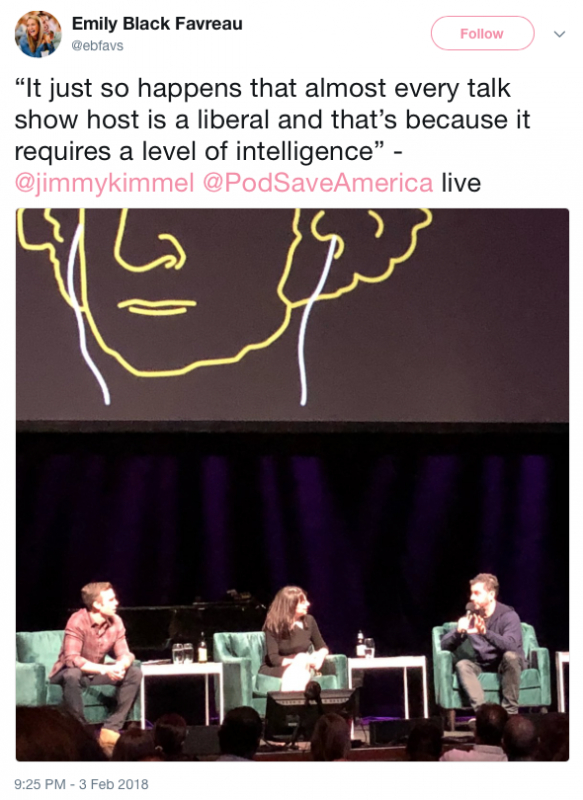 Kimmel has never been shy about in recent years of talking about those that don't fall in lockstep with the Hollywood cult version of liberal ideology. He even told CBS in an October 2017 interview that despite Republicans and conservatives tuning out of his show, he's not that upset about it, because "I probably won't wanna have a conversation with them anyway."

Do you still watch Kimmel's late night show, and if so, are going to continue watching after basically being called stupid by someone who has no room to talk on the subject?

For more on this story, watch the video at the top.