Kerry Offers France Hugs, Serenade to ‘You’ve Got a Friend’ after Paris No-Show 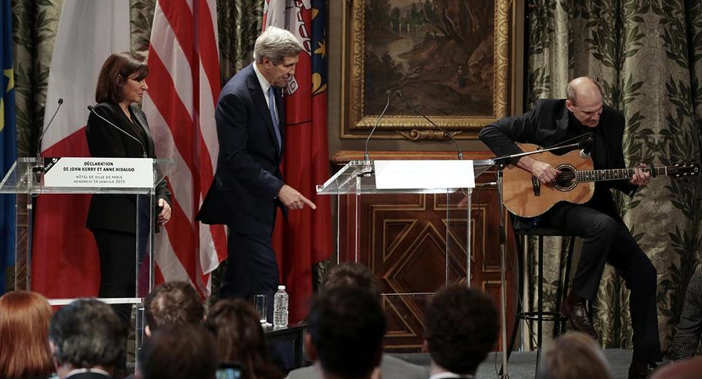 His solution? Photo-op hugs and a song.

The former Massachussetts senator embraced French President Francois Hollande in front of cameras outside the presidential palace. He also brought singer-songwriter James Taylor to serenade the Parisian people with an acoustic rendition of “You’ve Got a Friend.”

@mitchellreports @JohnKerry you picked this scoop up from the The Onion, right?

@mitchellreports @JohnKerry This is a joke, right. I mean this has to be a joke. Please tell me this is a joke.