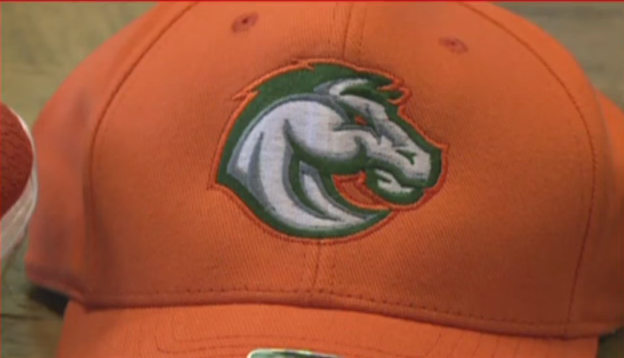 Henry Clay High School Freshmen, Drew Rodriguez and Bilal Chhadh, started a subsequent petition on change.org to combat the removal of the Stallions mascot from Frederick Douglass High School, which is currently being built.

The petition has already garnered 2,146 signatures out of the 2,500 the students are seeking.

Rodriguez and Chhadh penned a very well written plea that seeks compromise instead of getting their way outright, which the original petition that seeks to remove the mascot does not want.

"We are not looking into pleasing only our interests, but to find a compromise that recognizes the buried Stallion on which the school is being built and the communities concern regarding the mascots gender," the two young men said in the petition.

It’s not hard to see who the adults are in this situation.

You can read the full petition here.

Original Story: Well, folks. You know how you tell yourself when you see something ridiculous that you’ve now seen it all, and then you immediately see something that beats it?

This is why liberals exist. They exist to baffle our minds with arguments and actions that would even make the craziest of people scratch their heads in bewilderment.

Yet another soft Baby Boomer launched a petition on change.org decrying the school’s choice of the Stallion as its new mascot.

Here was what the petition said:

This is inappropriate and sexist when you consider the definition from "YourDictionary" ..."The definition of a stallion is a male horse that has not been castrated, used for breeding or is slang for a powerful and virile man who has a lot of lovers" and from Wikipedia..."because of their instincts as herd animals, they may be prone to aggressive behavior, particularly toward other stallions, and thus require careful management by knowledgeable handlers. However, with proper training and management, stallions are effective equine athletes at the highest levels of many disciplines."

What message does this send to our daughters and granddaughters? Our sons and grandsons?

We demand that the name be changed to something more gender neutral and more indicative of Douglass' brilliant mind, successful career and vision for equality and to send a message to all students that they are respected and valued.

“What message does this send to our daughters and granddaughters? Our sons and grandsons?” Seriously?

Just listen to yourself. You know what message your whining sends to young, impressionable minds? It says that you’re a weak person. Conversely, the message Diane Cahill, the resident that posted the petition, is giving to young people is that if you complain enough about anything, you’ll probably get your way in today’s politically correct society.

Oh, and by the way, Frederick Douglass had more important things to do than worry about the absurdity of whether a school mascot was sexist. Heck, the term "sexist" didn't even exist back then. People were more worried about, oh I don't know, not dying in the winter.

As for Caulk, here is part of what he said in a statement:

Since the public announcement of the mascot Monday, we have received feedback from some community members who have concerns about the mascot and we want assure our constituents that there was absolutely no intent to offend or upset anyone. We also recognize that there is support from others in our community to honor the former stallions of Hamburg Place farm.

Moving forward, we will keep the Keeneland green and orange colors and horse image in the school logo to pay homage to Lexington's rich history in the horse industry, but we will allow the incoming students of Frederick Douglass High School to choose their mascot. We've already received suggestions of Thoroughbreds or Racers as possible alternatives to Stallions and we will solicit additional ideas from our students before they choose a horse themed mascot grounded in the land's equestrian heritage.

God forbid you don’t appeal to every single person’s sensitivities. How dare you offend anyone at all for any reason!

Could we all just grow up a little here, and stop claiming to be so wounded by every little thing? Grow a backbone.