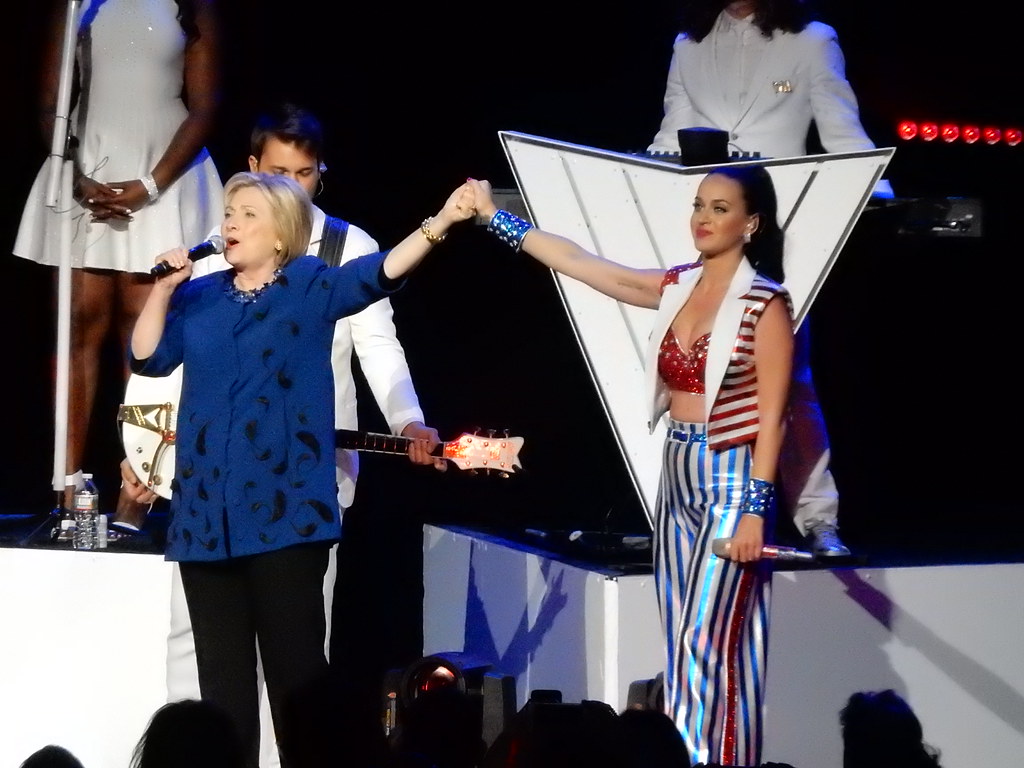 Poor Katy Perry. On top of having to struggle through the world under the weight of ridiculously fake eyelashes, a lack of notable vocal chops and the memory of having once been married to Russell Brand, the pop princess now has to deal with the apparent “trauma” of living with a president she doesn’t like.

Like many other celebs desperately clamoring for the spotlight, Perry was no stranger to last year's presidential election. When she wasn’t kissing girls or teenage dreaming last year, Perry was extensions-deep in the trenches for Hillary Clinton, even performing live at the Democratic National Convention in support of her nomination. (Sidenote: it was bad.)

Tragically, the belter of impressively shallow lyrics would be sorely disappointed just a few months later, when the planned coronation of Her Hillaryness had to be canceled to make way for a different president – Donald Trump.

Post election, Perry admits, “I was really disheartened for a while; it just brought up a lot of trauma for me. Misogyny and sexism were in my childhood: I have an issue with suppressive males and not being seen as equal. I felt like a little kid again being faced with a scary, controlling guy. I wouldn’t really stand for it in my work life, because I have had so much of that in my personal life.

But it’s an awakening that was necessary because I think we were in a false utopia . . . we can’t ever get that stagnant again. I am so grateful that young people know the names of senators. I think teenage girls are going to save the world! That age group just seems to be holding people accountable. They have a really strong voice—and a loud one.”

Yeah, you read that correctly. Ms. Perry is actually alleging she’s suffering some form of post-election PTSD because the U.S. elected a “suppressive male” who reminds her of her daddy issues. But it's ok, you guys, because the teenage girls are going to save us! That is, if they can manage to pull themselves away from Snapchat for longer than five consecutive minutes.