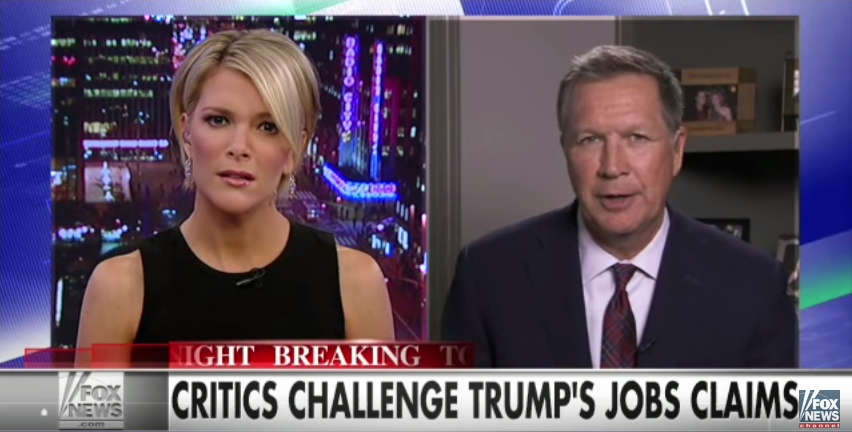 In an appearance on “The Kelly File” Monday night, Republican presidential candidate John Kasich responded to Donald Trump taking credit for bringing Ford Motor Co. jobs back to the United States, when in fact it was he who signed an agreement to put workers in his state of Ohio back on the car manufacturer's assembly line.

“We were able to get Ford because we have a great workforce.”

The Ohio governor added that “bombast” alone does not work in presidential campaigns either.

“It doesn’t work in campaigns either, because you build the campaign from the bottom up -- not from the top down,” Kasich argued.

“We’ve seen candidates who have had high poll numbers that faded like snow in the spring.”

For more, check out the video clip below.