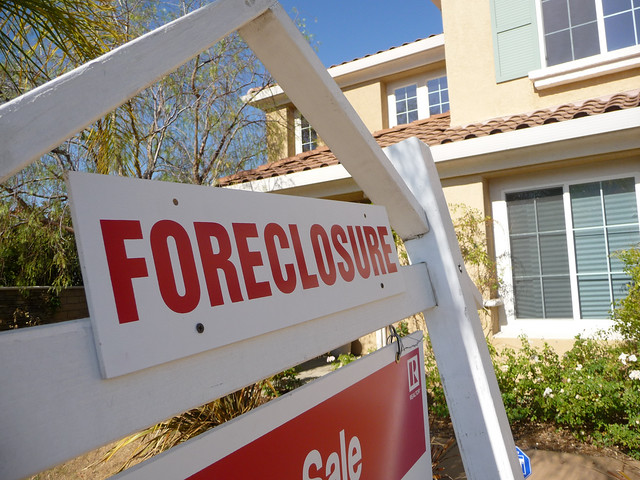 On Tuesday, August 23, the US “Justice” Department embarked on yet another of its brazenly Orwellian sorties against a group of businesses its bureaucrats do not like – offering observers a wonderful chance to decipher a host of double-speak terms and to compare the difference between what they say is predatory and what actually is predatory.

The department Tuesday filed a lawsuit against a handful of California-based “loan modification providers,” saying:

Those of us who admire logic, the English language and fair dealing might want to dissect that statement so we can find out what the “Justice” cats are really up to.

Should we begin with the lack of constitutional justification for the so-called, Fair Housing Act and the Equal Credit Opportunity Act? Perhaps we should discuss the insanity of the term “discriminating against”? What about the term, “predatory mortgage loan modification services”?

So many fallacies and unlawful actions on the part of the feds, and we have so little time and space.

The folks in the Ministry of Truth  -- sorry, I mean Washington, DC -- have changed the meaning of the word into something with evil connotations. In fact, to “discriminate” simply is to draw a distinction between two or more things.

Humans “discriminate” all the time. It is a key part of volition – we choose and respond to the effects. The act of so-called “discrimination” is essential in all human activity. Without it, we cannot reflect our preferences. As economist Walter Williams has said, when he chose to marry his wife, he “discriminated” by acting on his own preference to be with her rather than another person. Store owners, hotel managers, other business people, and consumers, Williams often notes, must be able to show what they don’t like as well as what they like. Using that information, consumers can embrace or shun business people according to their own preferences. To not choose someone or something for a social interaction is not an aggressive act. Likewise, to choose someone for social interaction is not an aggressive act.

Imagine taking the “non-discrimination” doctrine to its logical conclusion - imagine being single, and, when asked to date, being forbidden by the government from saying, “no.”

Or imagine being a store owner in a town where one person was a racist. Since that person is in the minority, would the owner then be forced to do business with the racist? What if one wanted to offer services to a certain portion of the population – say, home visits to elderly people? Should the government mandate that the services must be provided to all, not just the elderly?

Now, imagine if someone offers services with ill intent. Say a person offers home cleaning services with the intent of carrying out robberies at the homes, or not providing the services – not actually cleaning when in the home… Would the crime of fraud be any different if the criminal “discriminated,” i.e., targeted a certain group or person? Why would ripping off person A by not providing services, or stealing, or providing unnecessary services, be any different from ripping off person B, or C, or D?

“Intentionally targeting any community or person with predatory mortgage services because of their ethnicity or national origin violates federal law, harms working families and hurts our entire economy.”

And she went on, revealing more of the federal motivation. The Justice Department is exploring avenues to reinforce the idea that “predatory practices” occurred in the housing market prior to the 2008 crash. The feds are interested in perpetuating the myth that the big soap bubble burst because of “predatory loans” and associated “services” imposed on unwitting consumers prior to 2008. Check it out:

“The defendants in this case tried to exploit Hispanic communities and homeowners already suffering from abusive, discriminatory financial practices during the Great Recession that drove the American housing market into crisis and our economy into freefall (sic).  The Justice Department’s lawsuit serves as a stark reminder and sends a clear message that we will work tirelessly to ensure that all homeowners can access mortgage services free from discrimination.”

One hopes Ms. Gupta can find her Super-Suit and cape before she embarks on her heroic deeds. And one hopes that folks might remember the causes of the Great Recession (which was technically a depression, because of the number of down-turned quarters – but few economists were willing to acknowledge it).

The 2008 housing bubble came as a direct result of three major factors:

The common thread there is the political interference in market activity, artificially expanding and warping the supply of capital and sending it into areas where, under real market conditions, the money would not go. Demand was politically inflated, people got bad loans, prices rose, Fannie Mae and Freddie Mac acted as conduits for buying the toxic mortgages, and banks gave them out like politicians offer handshakes on parade.

The very thing Ms. Gupta decries – the targeting of “minorities” – is precisely one of those activities that the Justice Department promoted which led to the “Great Recession” and housing troubles.

This is manifest, and inexcusable. To accuse banks involved in this of being “predatory” is vile.

Which brings us to the final question. What, exactly is “predation”?

An offer of something is not predatory. A transaction can be fraudulent, but an offer cannot be predatory.

Merely offering something to someone is not predatory until the fraud is committed. So, the term “predatory loan modification services” in this new suit, just like the old saws “predatory home loans” and “predatory lenders” that were employed after the housing bubble burst in 2008, is a misnomer. In fact, the home loans offered prior to the 2008 crash were offered because of government policy, and offered to minorities because of government policy.

When it comes to the free market, one cannot offer “services” that are predatory, because the services have to be accepted by a client. If the service provider ends up reneging on the deal, that can be considered breach of contract or fraud. Only then has predation occurred.

This suit alleges that the defendants:

“(E)ngaged in a pattern or practice of marketing to and encouraging Hispanic homeowners to pay approximately $5,000 for unnecessary and ineffective loan audits.  The defendants told the homeowners that audits were essential for a loan modification, but in fact the audits had no impact on the loan modification process and provided no financial benefit.”

If one were to remove “Hispanic” from the above, and let the California courts handle the potential fraud in the transactions, one might get closer to a constitutional way of handling these problems. But, the Justice Department evidently is uninterested in paying attention to the Constitution, and it has shown itself to have engaged in precisely the kinds of racially-motivated activities it accuses others of doing today.

Too bad Ms. Gupta didn’t bother to mention that.