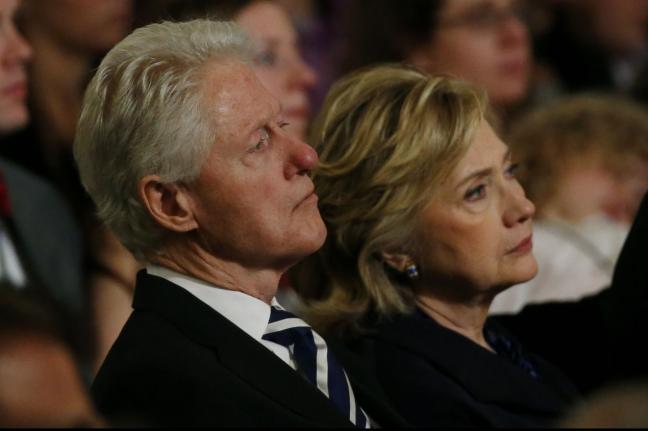 In a move that was so quick it even surprised even the plaintiff, Judge Donald Middlebrooks of the U.S. District Court for the Southern District of Florida scheduled a January 20th, 2016 trial date for the RICO lawsuit against Bill and Hillary Clinton and the Clinton Foundation (RICO stands for racketeering, influenced and corrupt organizations and was originally created to enable the Justice Department to convict organized crime figures).

Larry Klayman a former federal prosecutor had, just filed the lawsuit a few days earlier on behalf of the watchdog organization he founded, "Freedom Watch."

The suit alleges Clinton, while secretary of state, used her position to influence foreign donors supporting the Clinton Foundation. It also accuses Clinton's former chief of staff Cheryl Mills of lying about the existence of documents Klayman requested under the Freedom of Information Act.

The crux of the suit revolves around Clinton's use of a private email account and server to conduct government business.

"My takeaway is we've seen only a fraction of those emails," Klayman said.

He added that he was very surprised by the speed with which Judge Middlebrooks scheduled the trial saying, "My takeaway is we've seen only a fraction of those emails."
Klayman said he intends to call both Bill and Hillary to testify in the suit, and has already requested that the judge seize Hillary's private email server.  The Washington Examiner reported that Klayman wanted the server inspected.

Klayman also asked the judge to order a "neutral forensic expert ... to take custody and control of the private email server and reconstruct and preserve the official U.S. Government records relating to the conduct of U.S. foreign policy during Defendant Secretary Clinton's term as Secretary of State."

Judge Middlebrooks has not yet ruled on Klayman's request that the court seize Hillary Clinton's server.

"I am pleased that the Court has set this case for early jury trial," Klayman told the Examiner. "This is a matter of extreme national importance and before now, for decades, the Clintons have not had to answer to a jury for their alleged crimes. Now, justice will be done."

The January 20th trial date is dangerously close to the Iowa Caucuses (Feb. 1) and New Hampshire Primary (Feb. 9).  But, despite the judge setting a date, normal procedure for Clinton's legal team (or most any other defendant's attorney) will be to try and get the suit dismissed and, barring a dismissal, find other ways to delay the trial.

But, one way or another, the Clintons will have to explain what happened with the emails and the Clinton Foundation's donors' relationship with the State Department - at least, that's what House Minority Leader Nancy Pelosi says: