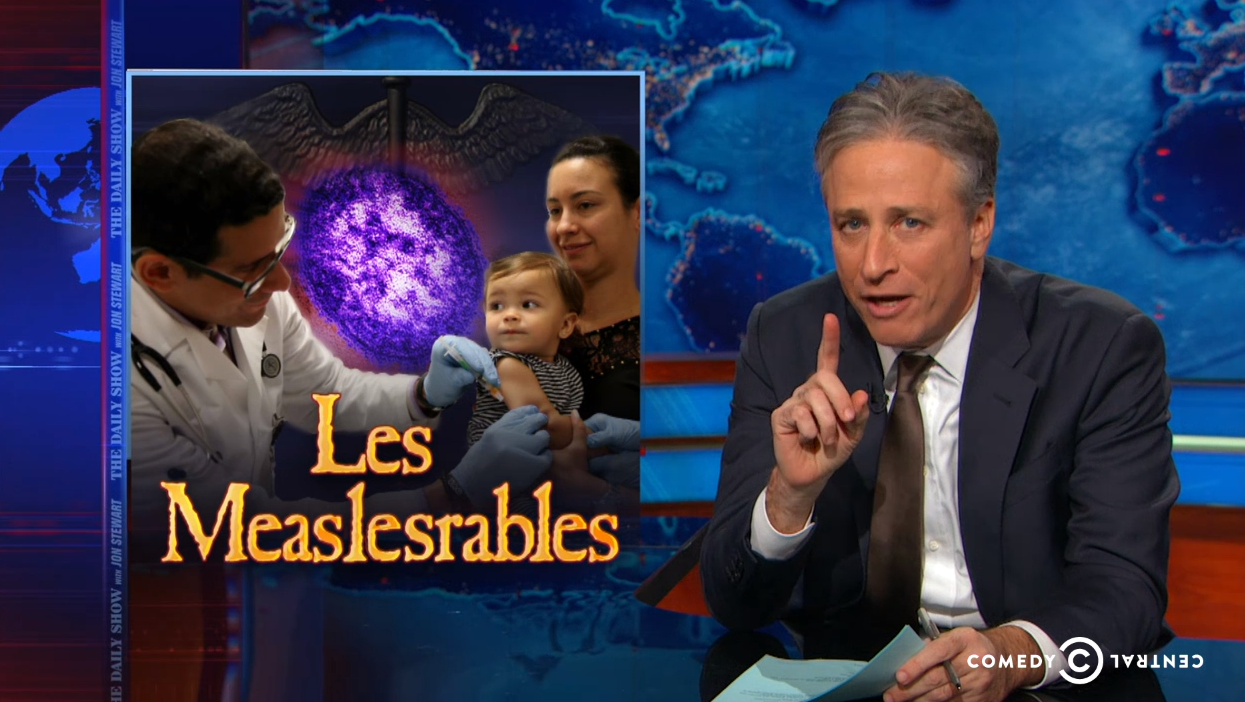 The talk show host had some choice words for California liberals who actively forgo getting their children vaccinated.

He continued, "Look, California, if your crazy wellness ideas only affected you, I'd be fine with that! Have all the fair trade organic espresso enemas you want!"

"But your choice puts other people in jeopardy—just ask a doctor."

He then cut to ophthalmologist Sen. Rand Paul, who said that he's "heard heard of many tragic cases of walking, talking normal children who wound up with profound mental disorders after vaccines.”

Stewart then asked what President Barack Obama had to say.

In a clip of the President addressing the now-contentious issue, Obama said,

"You should get your kids vaccinated."

"Oh, no!" Stewart said, covering his face and shaking his head. "You can't say that! You're Barack Obama!"

Watch the rest of the clip below.