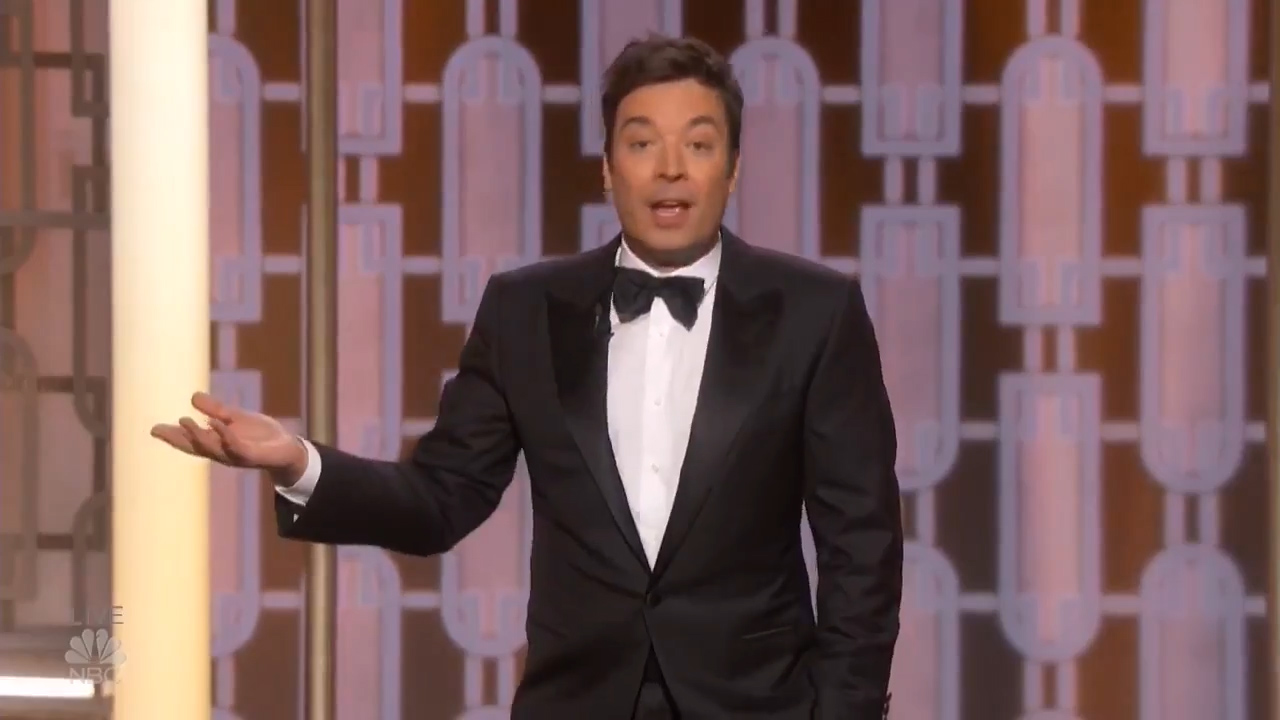 Jimmy Fallon, host of his own late night television show, was pegged to host this year's celebration of Hollywood’s collective hubris at the Golden Globes -- and boy, was it rocky.

It was doomed from the start, as Fallon’s prompter went on the fritz during his opening monologue and he was forced to squirm and all but beg for patience and forgiveness.

Though things didn’t get much better when they got the prompters working, mostly because Falon's script made milquetoast attempts at jabs aimed toward President-Elect Donald Trump with lines that made reference to the liberals’ insipid campaign against the Electoral College and compared Trump to the murderous child-king from the brutal HBO classic “Game of Thrones.”

“[Game of Thrones] has so many plot twists and shocking moments, many people have wondered what it would look like if King Joffrey had lived,” he said. “Well, in 12 days we’re going to find out,” alluding to the impending inauguration.

You know what, Fallon? How about you let us know when Trump crossbows a hooker and then we can talk then about comparing the president-elect with a sociopathic child.

See a cut of all the dumb jokes from his monologues in the video below: