Actor Jim Carrey might want to keep painting, because his movie career in the last few years has gone in the crapper (pun intended).

Carrey released his latest art piece on Tuesday through his Twitter page. The kind-of actor’s self-righteousness has now jumped the shark, and Carrey has descended into a fully delusional state. If you judge him by his “art,” of course.

Carrey painted a scene which seems to show Rep. Devin Nunes (R-Calif), Senate Majority Leader Sen. Mitch McConnell (R-Ky.) and Speaker of the House Rep. Paul Ryan (R-Wisc.) eating sandwiches filled with feces given to them by a member of the Secret Service, while President Trump sits on a toilet and tweets.

You read that correctly. Wrap your noggins around that one! 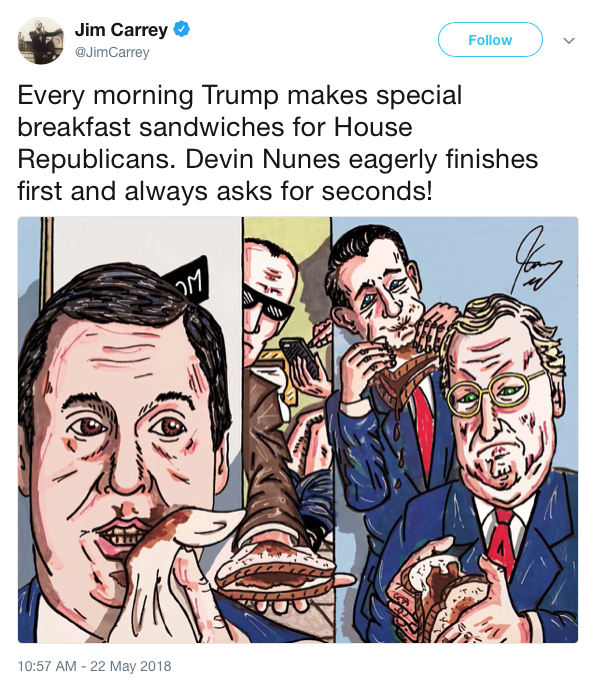 The lately straight-to-DVD movie star still can’t comprehend that Trump is the president, and as a result has gone completely bat-shit crazy. It’s not Carrey was ever known for his sanity. Just watch his film “The Incredible Burt Wonderstone” and tell me differently.

Actually, don’t watch that movie. It’s an hour and forty minutes of your life you’ll never get back.

Carrey is a typical lib in the sense that he blindly hates anything the Hollywood cult campaigns against.

This latest painting came just a day after Carrey released another painting about school shootings in which he changes the words to the Pledge of Allegiance in order to espouse his anti-Second Amendment agenda. 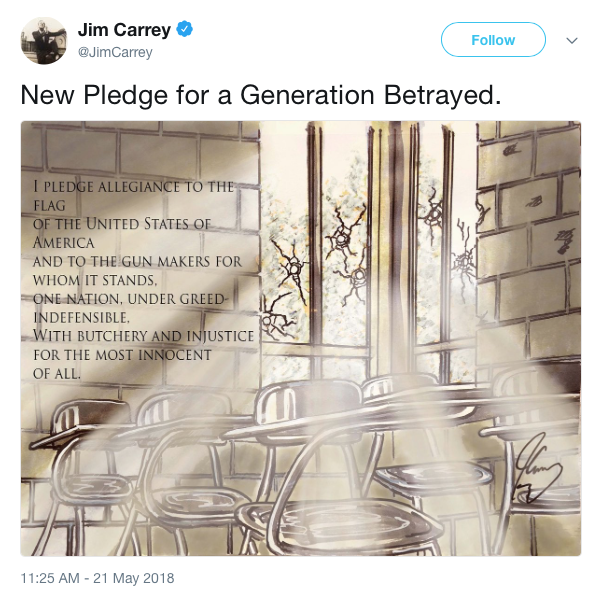 Way to go, Jim! You prove — on a daily basis — what the rest of already know. The Hollywood cult is full of non-sensical, America-hating hypocrites.