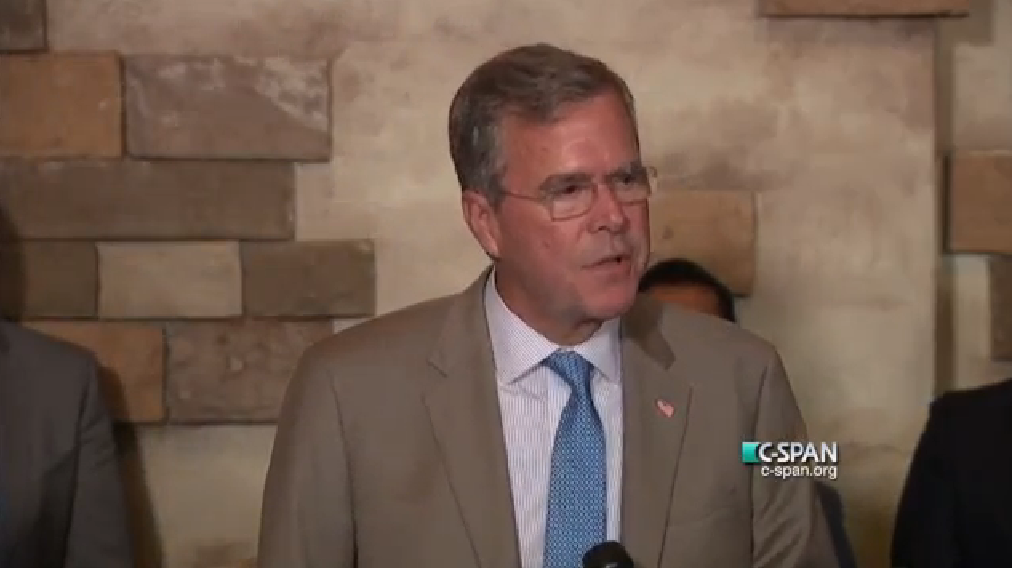 During a visit to McAllen, Tex. on Monday, presidential candidate Jeb Bush discussed immigration reform and how it is “ludicrous” for liberals to suggest that the term “anchor baby” – used to describe children born to illegal immigrants on American soil – is “a derogatory term.”

“My background, my life, the fact that I’m immersed in the immigrant experience… This is ludicrous for the Clinton campaign and others to suggest that somehow I’m using a derogatory term,” said Bush.

“What I was talking about was the specific case of fraud being committed where there’s organized efforts… People coming into our country, having children in that organized effort, taking advantage of a noble concept – birthright citizenship.”

He went on, “By the way, I think we need to take a step back and chill out a little bit as it relates to the political correctness, that somehow you have to be scolded every time you say something.”

“It’s not fair to be taken out of context, and that’s the nature of politics," said Bush, "but I just don’t think this is appropriate."

For his remarks, check out a short video clip here.