Jeb Bush: 'We Need to Be Merciless,' 'Should Be Profiling’ to Prevent Terrorist Attacks in U.S. 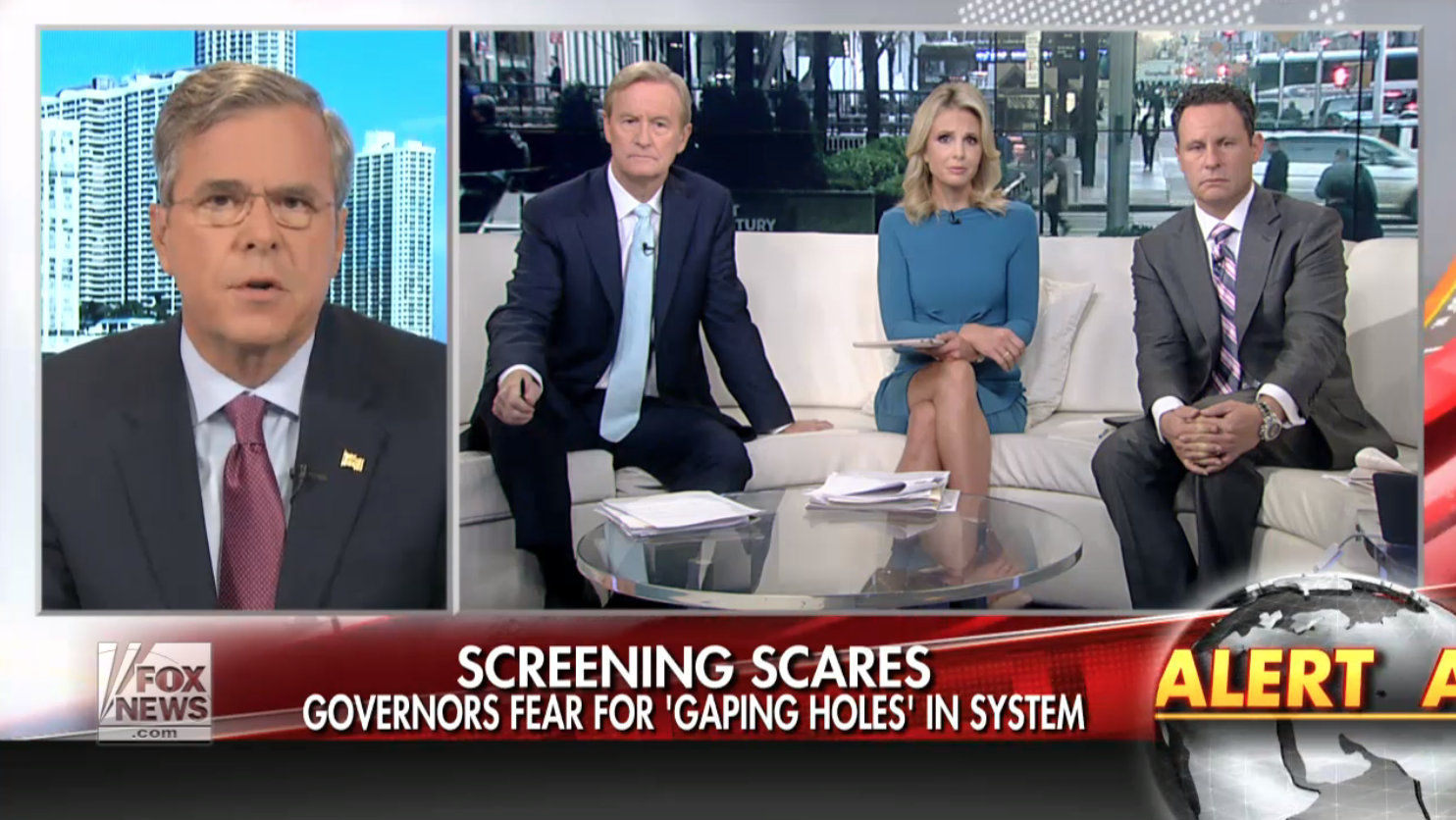 In an appearance on “Fox and Friends" Monday morning, Republican presidential candidate Jeb Bush argued that the U.S. "should be profiling” in an effort to prevent terrorists from entering the country and wreaking the same havoc that the world witnessed in Paris this past week.

“We don’t have a strategy right now,” he said. “This is a threat to Western civilization — a threat to our own country. We need to be merciless in this effort.”

“We should be profiling. Of course we should,” said Bush. "This is Islamic terrorism."

He agreed with a statement made by Fox News contributor Rob O’Neill — the former U.S. Navy SEAL who killed Usama bin Laden — who said that fighting-age Muslim men must be scrutinized more closely.

“The Democrats have no clue about this or they just refuse to call it what it is,” Bush went on.

"These are Islamic terrorists that are trying to take out our country and destroy Western civilization — and if you start with that premise, which I think a great majority of Americans believe, then you have a totally different approach on how you deal with it.”

He added that, instead of President Obama's plan to bring in 10,000 Syrian refugees, the U.S. should help to create safe zones within Syria as a means to deal with the current refugee crisis.

“The formula should be to create safe zones inside of Syria, where refugees don’t have to imperil themselves to cross waters and actually die as we’ve seen,” said Bush.

“There should be incredible screening, but the ultimate objective is not to take refugees. To win this in Syria, that’s what the focus ought to be.”

The former Florida governor said that the United States must be “all in” when it comes to the fight against Islamic terrorism.

"We have to be all in on this as a leader of the world,” said Bush.

"The President wants to lead from behind and that is just not leadership at all."