JCC Bomb Threats Were Allegedly Made by Israeli Jewish Teenager 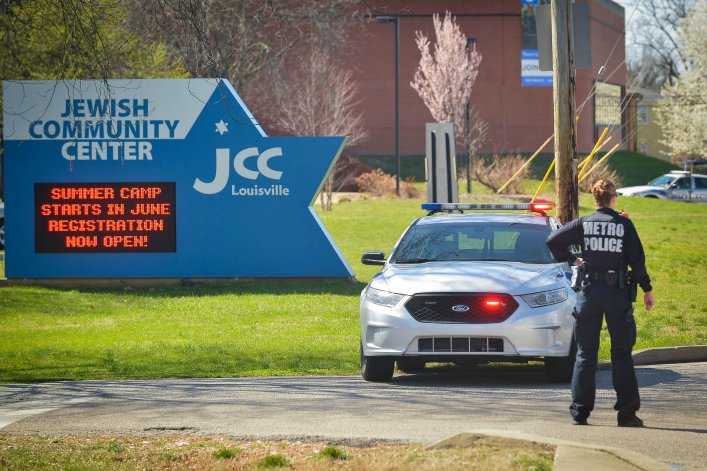 In a far cry from the rampant anti-Semitism that has allegedly plagued the country in the wake of President Trump’s election from emboldened neo-Nazis, it turns out the majority of bomb threats against Jewish Community Centers across the country have actually been made by a Jewish teenager.

The Jerusalem Post reports a 19-year-old Jewish dual American-Israeli citizen from Ashkelon, Israel has been arrested for being behind “most of the series of bomb threats” that gripped the United States, Europe, Australia, and New Zealand in recent months.

The Jerusalem Posts states the man is not in the IDF, is not part of the Orthodox community, but made aliyah from the United States and may potentially suffer from psychological problems.

Police spokesman Mickey Rosenfeld told the Jerusalem Post, “[H]e was the main suspect behind the numerous amount of threats which were made to different Jewish communities and organizations around the world.”

Police are currently investigating whether he is connected to Jewish communities in the U.S., saying, “We are looking to see if there was an incident which triggered him to carry out threatening those communities.”

While other news sources claim the teen behind the threats is actually 18, none of them dispute he is Jewish.

It should be noted that neither of the men who have been arrested so far for making bomb threats against JCCs appear to have any neo-Nazi leanings. While the man arrested in Israel is Jewish and even made aliyah, Thompson’s only known hatred was of white people.

According to the Associated Press, the Anti-Defamation League claims there have been more than 120 bomb threats to American Jewish community centers since Jan. 9. Trump, despite having a Jewish daughter and Jewish grandchildren, was widely criticized for being soft on anti-Semitism for not condemning the acts quickly enough. Trump was also attacked in the media for allegedly insinuating the threats could be coming from the Jewish community.