January Chicago Shooting Numbers Up from 2016 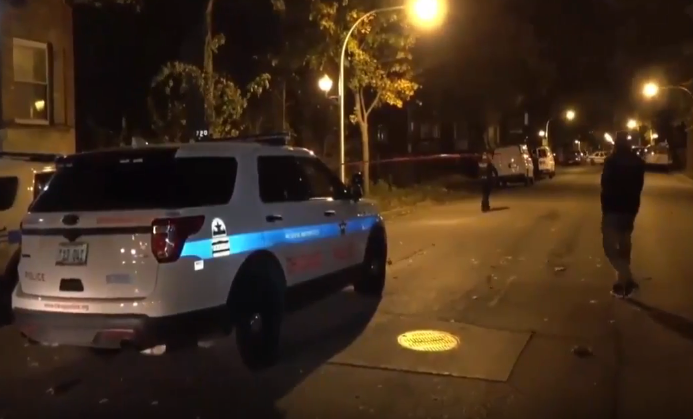 It was yet another banner weekend for shootings in Chicago.

This past weekend’s numbers were also slightly down from two weekends ago, when eight people were shot to death and 24 others suffered non-fatal gunshot wounds.

Here is one example of this past weekend’s violence, according to NBC 5 – Chicago:

The weekend’s latest nonfatal shooting wounded a 16-year-old boy about 6:50 p.m. Sunday in the Hermosa neighborhood on the Northwest Side. He was walking in the 1900 block of North Pulaski when he heard gunfire and realized he’d been shot in the right foot, police said. He took himself to Saints Mary and Elizabeth Medical Center, where he was listed in good condition.

This is just another example of how truly alone the people are on the South and West Sides of Chicago.

The weekend's activity brings Chicago to a whopping total of 295 shootings in 2017, as of Monday morning. The total number of people shot has already surpassed 2016’s January shooting numbers, when 292 people were shot and 51 were killed. So far this year, 50 people have been shot to death in Chicago.

These numbers come just one week after President Donald Trump tweeted out that he would not be opposed to sending in the “feds” to help fix the “horrible carnage” going on in Chicago.

Judging by these statistics, it looks like something definitely needs to be done to help curb the never-ending stream of violence in the Second City.