Woods sprang into action on Twitter Monday evening when he came across a tweet from a Florida man who claimed to be a veteran. Andrew MacMasters tweeted Monday night, while apparently sitting in a parking lot, that he had “lost everything,” that he has “nobody,” and that he was going to “kill” himself. Woods saw this and immediately engaged the distraught MacMasters.

Here are some of the initial tweets Woods sent to MacMasters: 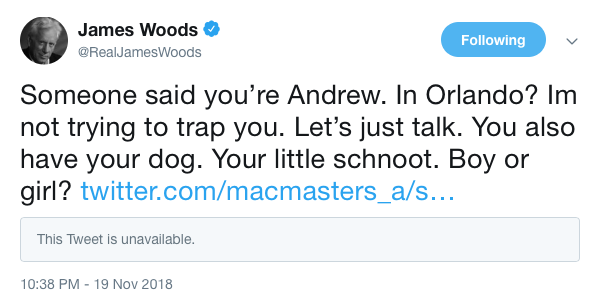 Radio host and NRA spokeswoman Dana Loesch was also immediately trying to reach out to MacMasters:

According to their Twitter description, "GallantFew, Inc coaches, mentors and networks veterans to help them transition to civilian lives full of purpose and hope."

Scary stuff, but you can clearly see how both Woods and Loesch attempted to engage MacMasters in a conversational way in order to gain the veteran’s trust. That’s when Woods switched gears and went with the tactic of trying to appeal to MacMasters humanity before returning to the focus of MacMasters’ personal well-being. 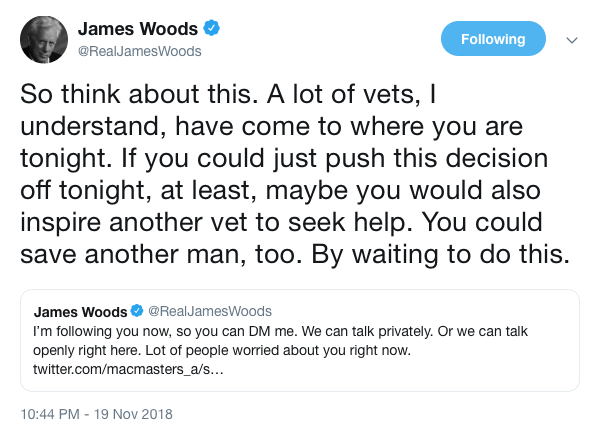 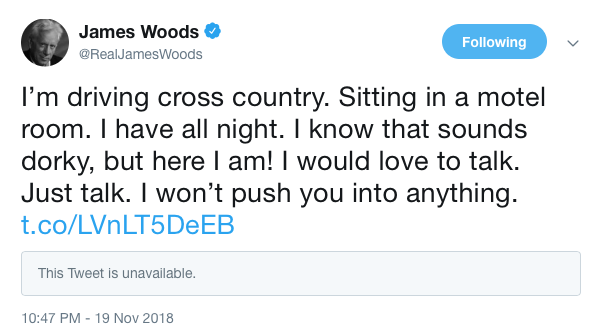 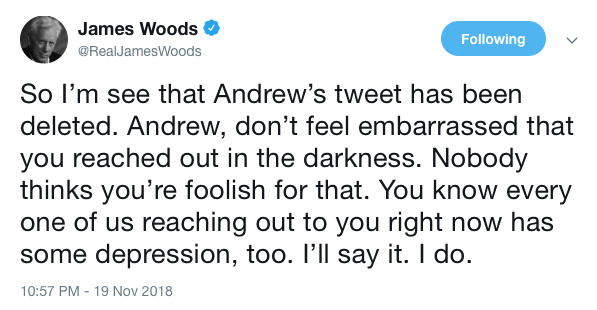 Woods’ concern for MacMasters was not a Hollywood act, but clearly legitimate (You can also see MacMasters original, now-deleted tweet): 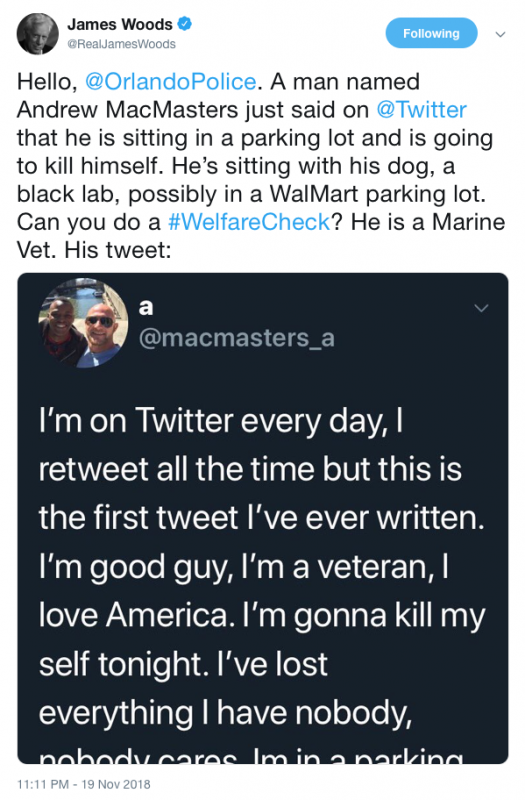 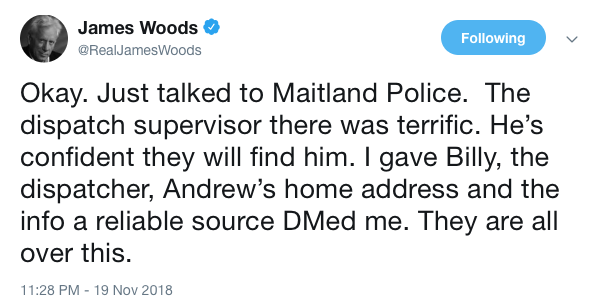 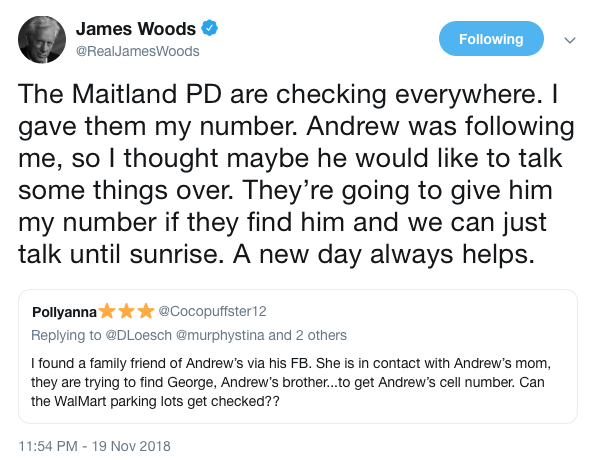 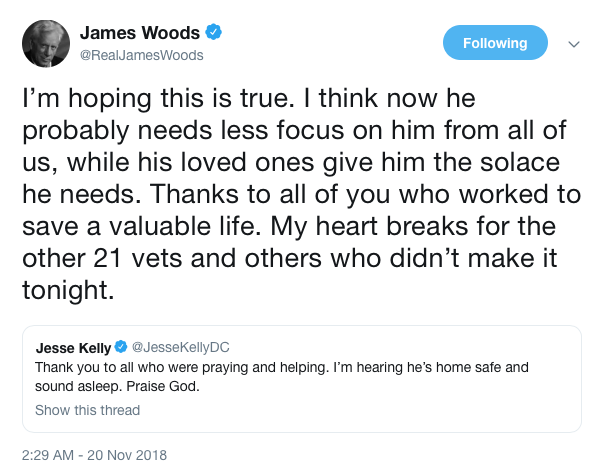 The USA Today reported that the Maitland Police Department stated in an e-mail that MacMasters “was OK but did not wish to have contact with law enforcement.” The statement also said that their contact with MacMasters was limited to the phone. Authorities are still trying to “physically locate” MacMasters.

“Our agency was able to make contact with him by phone earlier this morning, where he advised he was OK but did not wish to have contact with law enforcement," the statement read. "Our officers are still working to try and physically locate him to determine his well-being."

If you're a veteran who's having a tough go of it, just please remember that there are people there for you, even when the darkest hour has hit your table. Reach out to somebody, anybody, if for nothing else than just to talk. You help protect us. Let the rest of society help protect you.

Woods’ and Loesch’s efforts to bring a very sensitive situation to light in order to help someone in need is what true humanity is all about.