Information about Las Vegas mass shooting gunman Stephen Paddock has been coming out at a snail’s pace. While conclusions shouldn’t be made until more details and facts are revealed, nothing should be ruled out until definitively disproven, either.

NBC contributor Rukmini Callimachi, who covers ISIS as a correspondent for the New York Times, posted a thread to her Twitter page concerning ISIS’s early claim that Paddock was working as a part of their terror group.

Callimachi initially posted the tweet explaining that she was waiting for ISIS’s weekly newsletter, Naba: 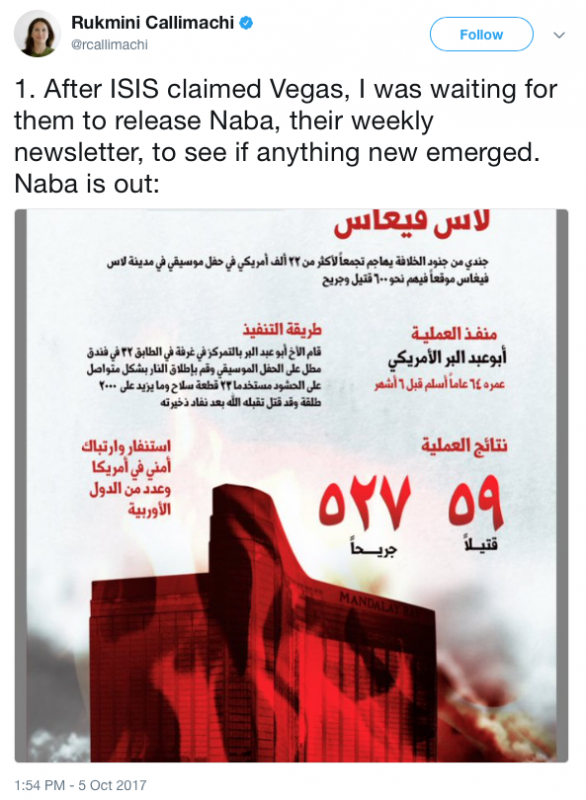 From there, Callimachi posted a tweet with a translation of what the newsletter had written: 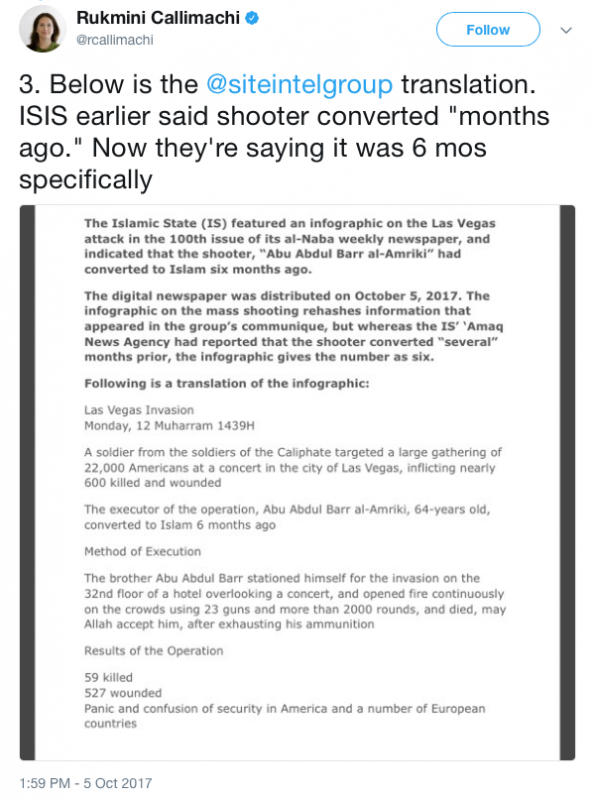 Callimachi added that in all her extensive coverage of the terror group, she “could only find 3 false claims” out of a list of “more than 50 cases.” She explains: 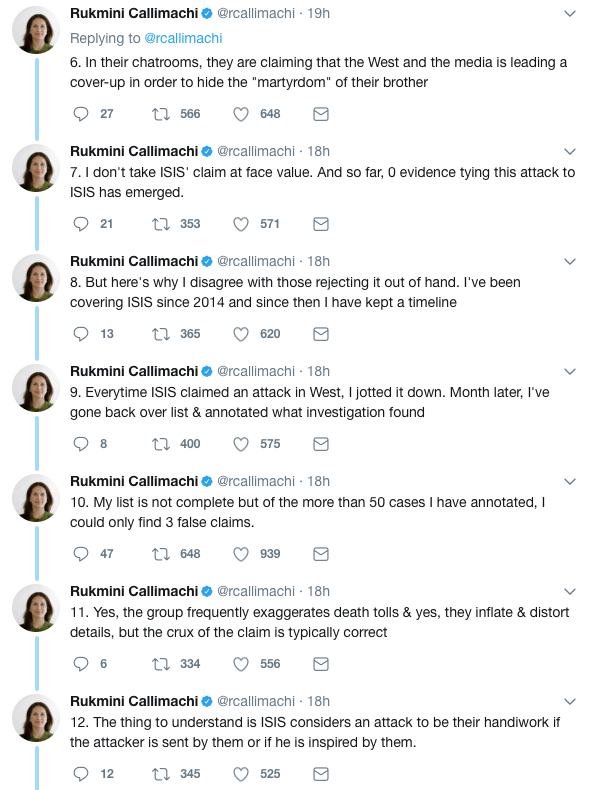 Callimachi admits that while ISIS’s claim about Paddock could turn out to be false, there is unfortunate credence to a lot of their claims.