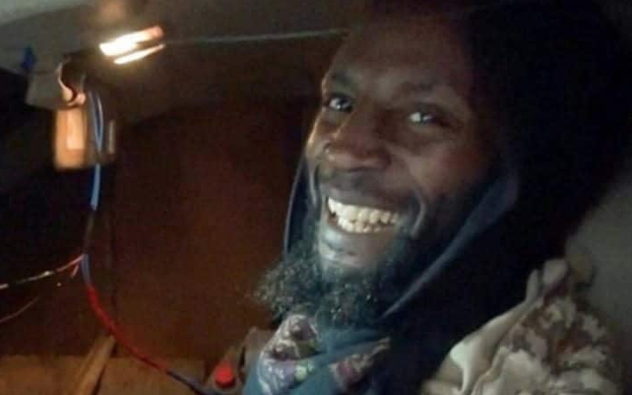 Do you remember all of the instances people argued against releasing prisoners from Gitmo? Well, here’s a prime case to support that side of the debate.

It turns out the man who detonated a car bomb at an Iraqi army base bear the city of Mosul this week received £1 million from the U.K. government for how he told them he was mistreated at Gitmo, claiming that British agents knew of his mistreatment.

The name of this ideological nut job depends on which vile hat this radical Islamic terrorist was wearing.

The man in question was born Ronald Fiddler, but when he converted to Islam he changed his name to Jamal al-Harith. Then, when he decided to join the world’s most infamous terror group, ISIS, back in 2014, he began identifying himself among his fellow jihadis as Abu-Zakariya al-Britani.

The BBC noted that al-Britani was captured in Pakistan in 2001 by U.S. forces, and he was then sent to Gitmo.

According to the Telegraph:

He was freed following intense lobbying by [former British Prime Minister] Tony Blair’s Labour government[…]It also raised the possibility that compensation money paid by British taxpayers had been handed on by him to Isil.

What’s that? The government of a worldwide power used taxpayer money to promote their ideological agendas? You don’t say?!

ISIS released a statement about al-Britani, as reported by the Telegraph:

A statement released by the terrorist group said: “The martyrdom-seeking brother Abu Zakariya al-Britani - may Allah accept him - detonated his explosives-laden vehicle on a headquarters of the Rafidhi army and its militias in Tal Kisum village, southwest of Mosul.”

“Rafidha” is a derogatory term for Shiite Muslims, who ISIS considers to be heretics.

This goes to show that just because a government wants to appear tolerant to the rest of the world doesn’t mean that every ideologically radical head case with a story deserves to be let go.