ISIS and Al Qaeda Are Reportedly Talking About Joining Forces 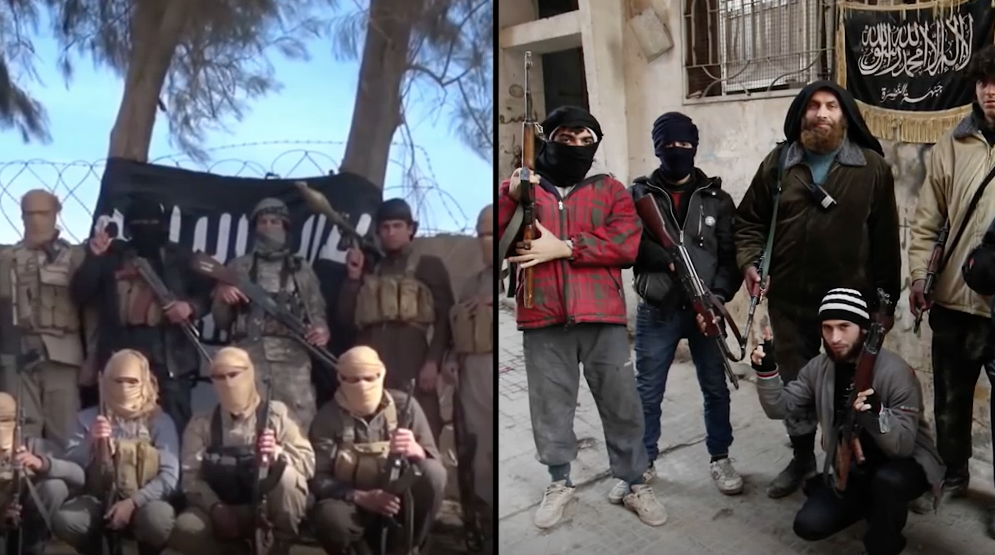 As if the radical Islamic terror groups ISIS and Al Qaeda weren’t bad enough on their own, there’s now word that the two murdering, genocidal factions are in talks to join forces.

Iraqi Vice President Ayad Allawi told Reuters on Monday that he received information about the the Islamic State’s talks with Al Qaeda.

With the current crisis list including North Korea’s Kim Jong Un acting even crazier than usual regarding nuclear war, Russian bombers buzzing around Alaska on a daily basis, anarchists inciting chaos on American streets and now this, the U.S. has seen its plate fill exponentially with a giant a$$#@!e sandwich.

Islamic State split from al Qaeda in 2014 and the two groups have since waged an acrimonious battle for recruits, funding and the mantle of global jihad. Zawahiri has publicly criticized Islamic State for its brutal methods, which have included beheadings, drownings and immolation.

It is unclear how exactly the two group may work together, Allawi said.

ISIS, also known to their dismay as Daesh, chops people’s heads off, drowns them in what essentially looks like a giant deep fryer, persecutes and murders Christians, Jews, and Muslims that do not follow or agree with their ideology, and wants to setup a global institution of Sharia Law in which women and gays are completely screwed.

Al Qaeda has been put on the back burner in recent years. But lest we forget, it was the organization that claimed responsibility for the 9/11 terror attacks on U.S. soil.

If the two groups do eventually begin to work together then the entire world needs to grow a set. After all, it does make for one giant target.