Ira Madison and the Gross Racial Hypocrisy of the Left 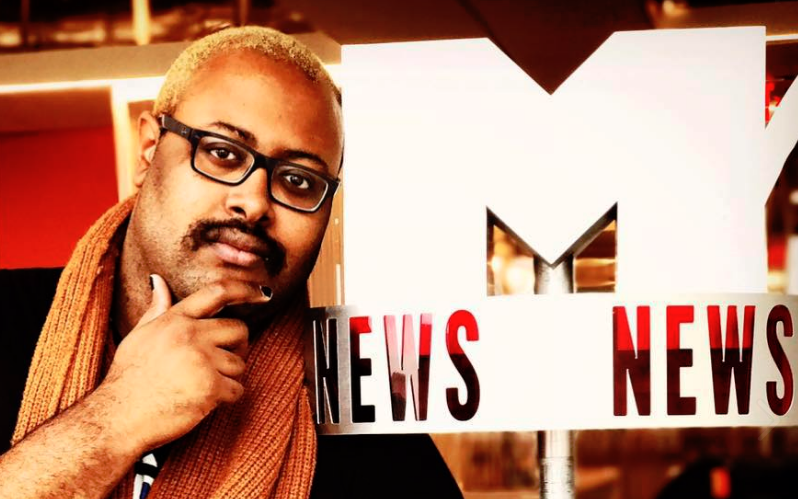 Another bumbling idiot from the Left has been heard from, and if it wasn’t my job to report and comment on it, I’d just laugh in this fool’s face.

Ira Madison III, a culture writer for MTV, a network clearly renowned for its political discourse, went on a non-sensical tweet tirade over Sen. Jeff Sessions bringing his Asian granddaughter to his U.S. Attorney General confirmation hearing -- a very specific and illuminating tirade.

Madison deleted the original tweet, but we found it: 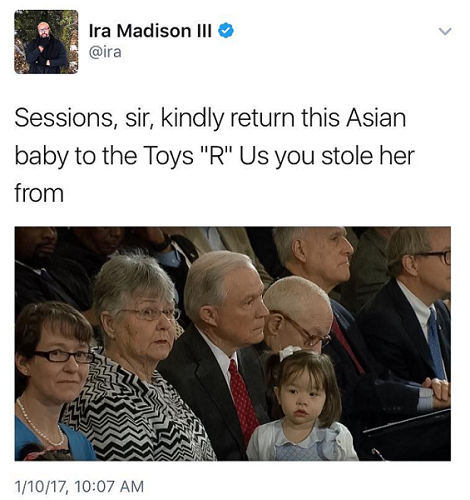 There is a stereotype that a lot of Asian babies are adopted by Americans every year, and Madison shows his racism by feeding into the very stereotypes that liberals like himself usually get all offended by.

Never mind that Sessions probably had his whole family at the confirmation hearing because this was arguably the biggest day in his professional life.

But Madison is a different kind of racist. He's the kind we see all too often these days: people of all colors, even white, who are racist against anything white. It really is institutional racism, considering that a lot of college professors teach the fake subject of "white privilege."

But those who are truly racist should be called out for it regardless of what segment of the population they represent. As I've said a million times, the biggest racists are the ones who always cry racism, and Madison showed his true colors (pun intended).

Madison should be reprimanded by MTV, because a man that holds such bigoted points of view should not be a culture commentator.