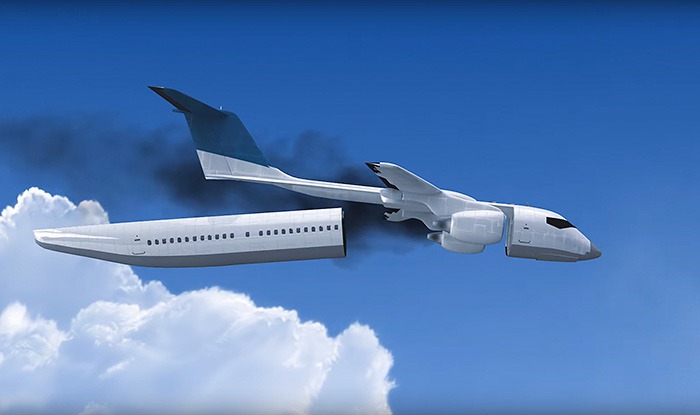 When it comes to commercial airplane crashes, most of the time, no one survives the impact.

One Ukrainian inventor and aviation engineer, Tatarenko Vladimir Nikolaevich, has released a demonstration video for how to save every passenger on board a flight that is in danger.

Meet the detachable plane cabin. When a plane is in danger of crashing, the cabin of the plane, with the passengers inside, would detach from the rest of the fuselage.

From there, the detached cabin would deploy two giant parachutes, boosters and inflatable tubes that would cushion the landing on air or water.

“Surviving a plane crash is possible. While aircraft engineers all over the world are trying to make planes safer, they can do nothing about the human factor,” Nikolaevich told LiveLeak.

The video below shows Nikolaevich’s demonstration of how the invention and process would work: