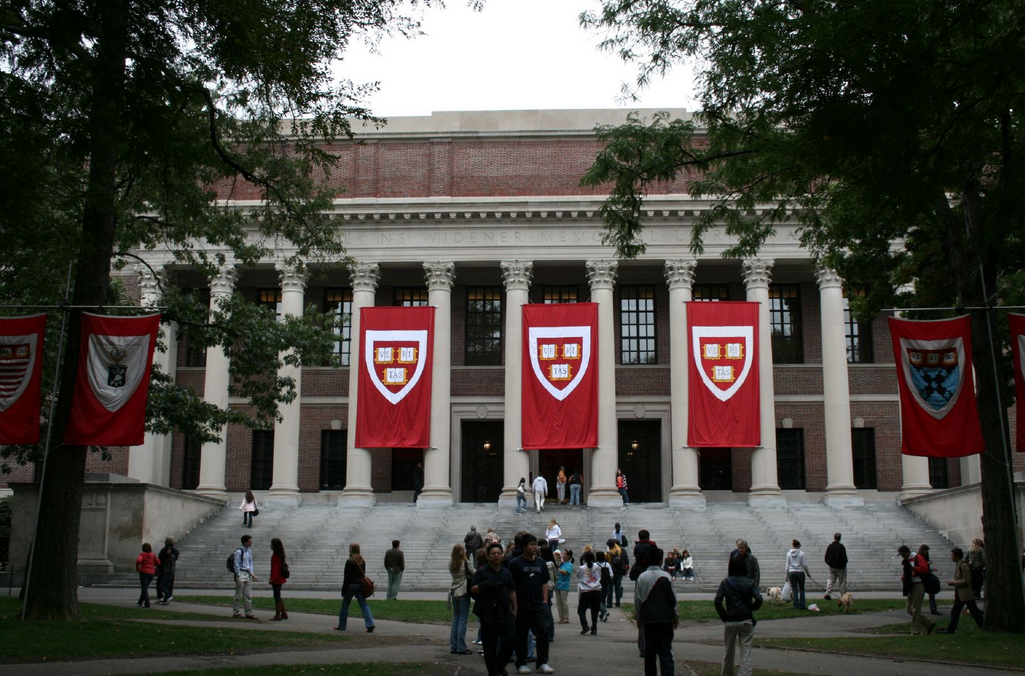 The student papers at Harvard and Yale both commissioned surveys in order to profile their respective incoming freshmen. The schools asked their class of 2019 about their life experiences and views on various issues, including religion.

The Harvard Crimson discovered, among the class of 2019, agnostics are the largest religious group. Of the respondents, 21.3 percent claim to be agnostic.

In addition to agnostics, 16.6 percent of freshmen surveyed describe themselves as atheists. Combined, atheists and agnostics make up 37.9 percent of incoming Harvard freshmen. 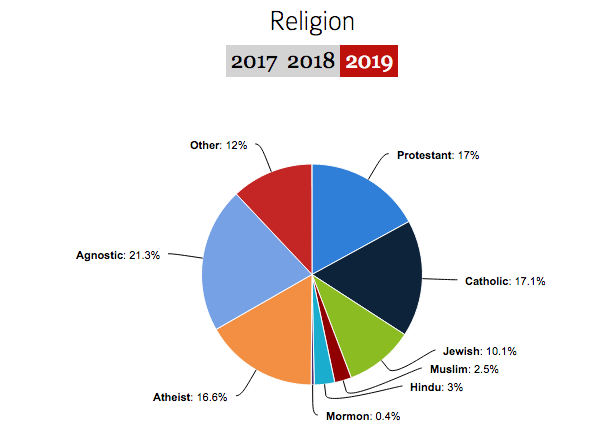 The results at Yale are similar. Yale Daily News reports 44 percent of the incoming freshman class are secular or non-religious.

Yale implemented a slightly different survey that combined atheist and agnostic into one category and also allowed for individuals to select the option of “none (non-religious).”

The results show 23 percent of incoming Yale freshmen identify as non-religious, while 21 percent prefer to claim they are either agnostic or atheist.

For the sake of the Yale’s survey, Protestantism and Catholicism were combined under the Christian umbrella. 38 percent of incoming freshman responded they are either Protestant or Catholic. However, with 44 percent of the class of 2019 claiming either no religious affiliation or agnosticism or atheism, secularism appears to be dominant for Yale’s incoming class. 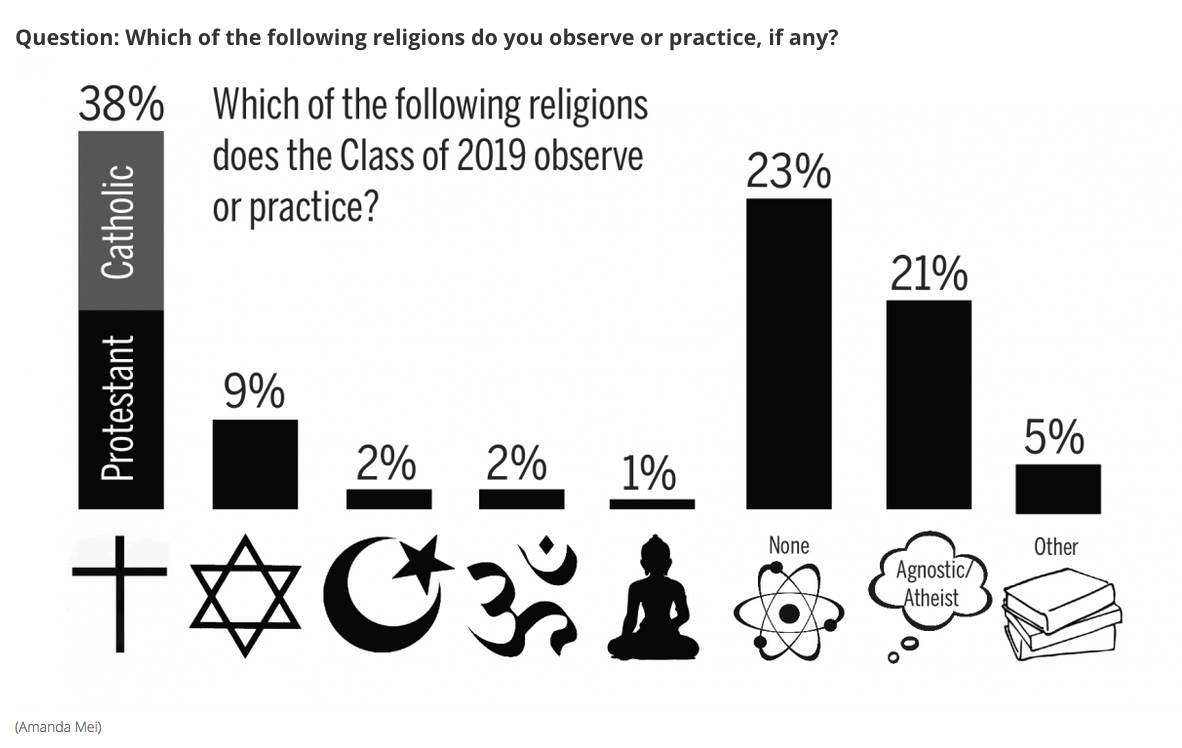 At Harvard, it appears atheism and agnosticism are on the rise and Catholicism and Protestantism are in decline. 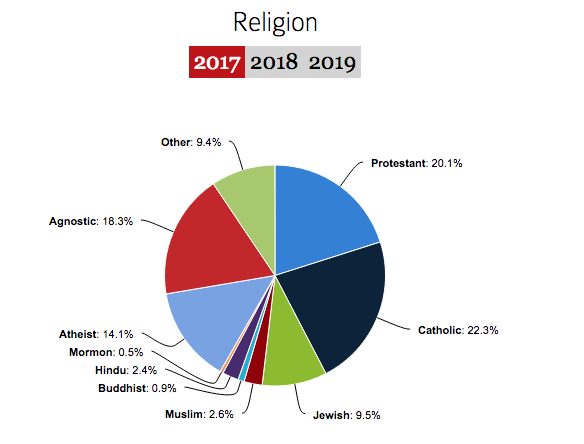 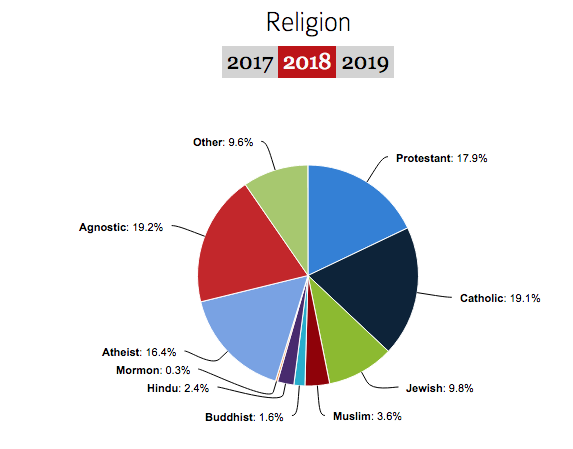 Yale Daily News did not respond to requests for previous survey information. A Yale Daily News survey for the incoming class of 2018, however, states, “the Class of 2018 displays immense diversity, with no religion exceeding 18 percent of the class. Protestants, Catholics, atheists, agnostics and Jews made up the lion’s share of the class, with each accounting for between 13 and 18 percent.”