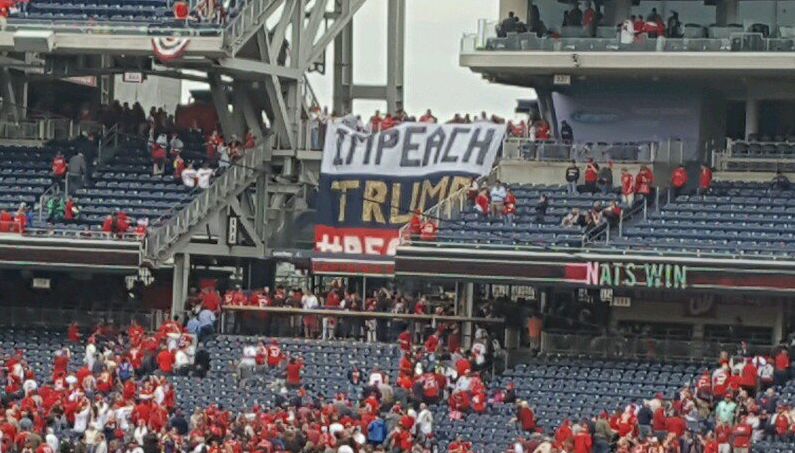 It’s opening week of the Major League Baseball season, and when you go to a ballgame you think of the smell of freshly cut grass, the promise of a new season and maybe downing a hot dog or two.

That is unless, of course, you’re at a ballgame in our nation’s capital of Washington D.C.

In a place where Democratic presidential nominee Hillary Clinton received 90.48 percent of the vote in last November’s general election, some fans decided to voice their displeasure with the outcome of an election that ended six months ago.

Here is a picture of the banner at the game between the visiting Miami Marlins and the Washington Nationals on Monday: 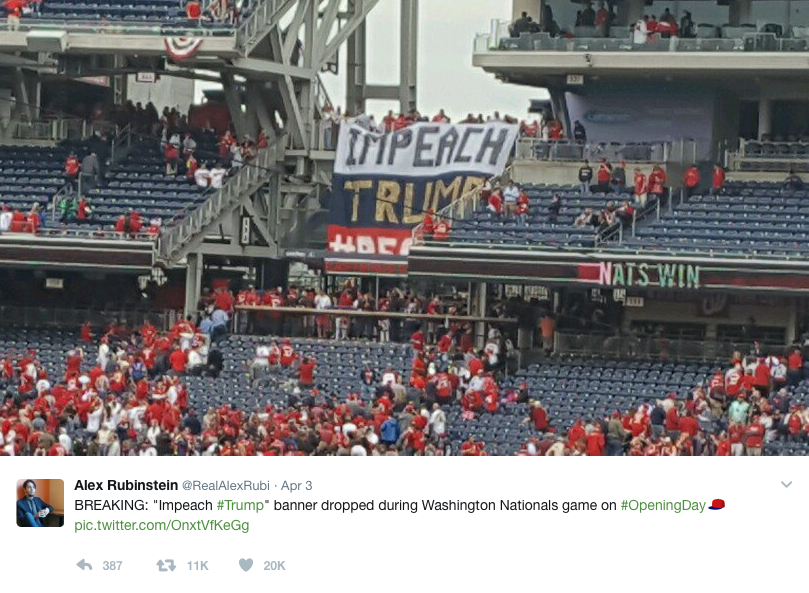 The sign reads, “IMPEACH TRUMP.” The rest of the sign looks like it has a hashtag and an “RE” after the hashtag. We can only assume that the sign read “#RESIST” since that seems to be the hashtag-du-jour for anti-Trumpers.

Most rational people go to sporting events or concerts with the mentality that it will help us escape from the constant beating over the head of politics. Whether you approve or disapprove of the new president, true baseball fans should be able to go to a game without having to see a protest for a couple hours of our lives.

This is why we can’t have nice things.