If 'Peaceful' Gaza Rioters Were 'Unarmed,' Then What the Heck Was This?

A new video showing "peaceful" Palestinians shooting down an Israeli drone seems to debunk the myth that the screaming hoard was entirely "unarmed" when dozens of them were gunned down by Israeli Defense Forces Monday for "protesting" the newly-opened U.S. embassy in Jerusalem.

Fueled by a Hamas-loving U.S. media, the Internet quickly lit up with cries from anti-Israel activists incensed that the sovereign nation would dare defend itself against violent rioters trying to torch its fields and rip down its walls and assault its people and blow up its buildings.

Never one for missing a chance to look like a moron, Chelsea Handler pitched in with her own vapid opinion, tweeting that Molotov cocktails are no match for “semi-automatic weapons” and that no one should be shot for throwing them. 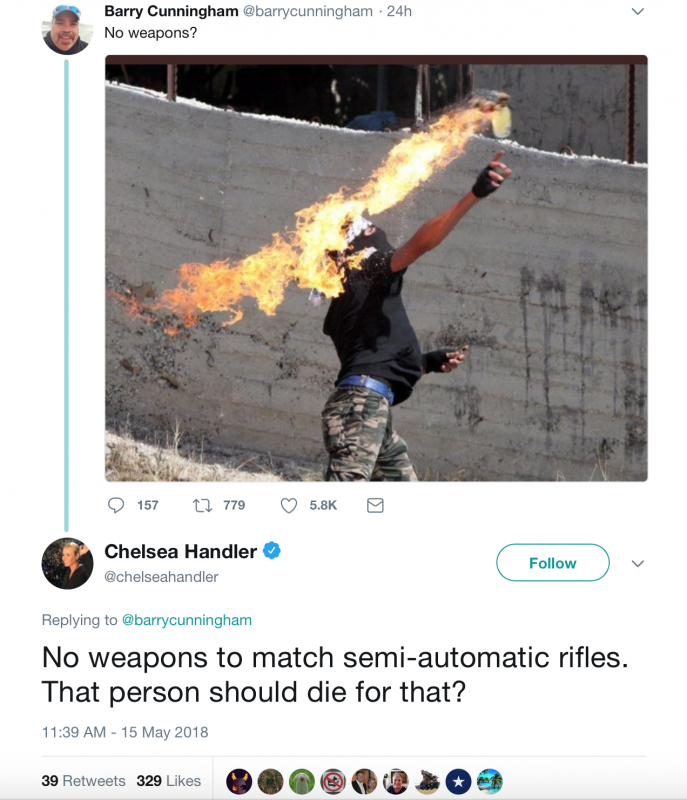 But there’s a solid, much more serious question here: if the Palestinian protesters losing their minds at the Israeli border fence were innocent by virtue of allegedly being “unarmed” (other than having flaming bottles filled with lighter fluid, of course), then what the heck was this?

This video shows Palestinians in Gaza shooting down an Israeli drone moments after it released tear gas https://t.co/YLS1CDiJGV pic.twitter.com/CPwQh3Vpzq

Did you catch that? 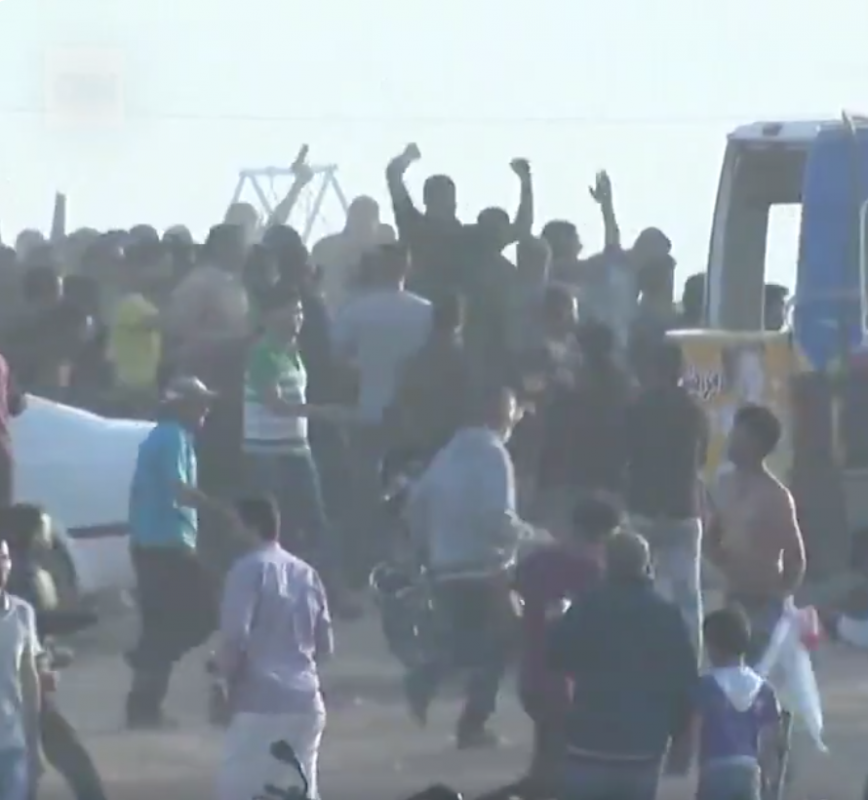 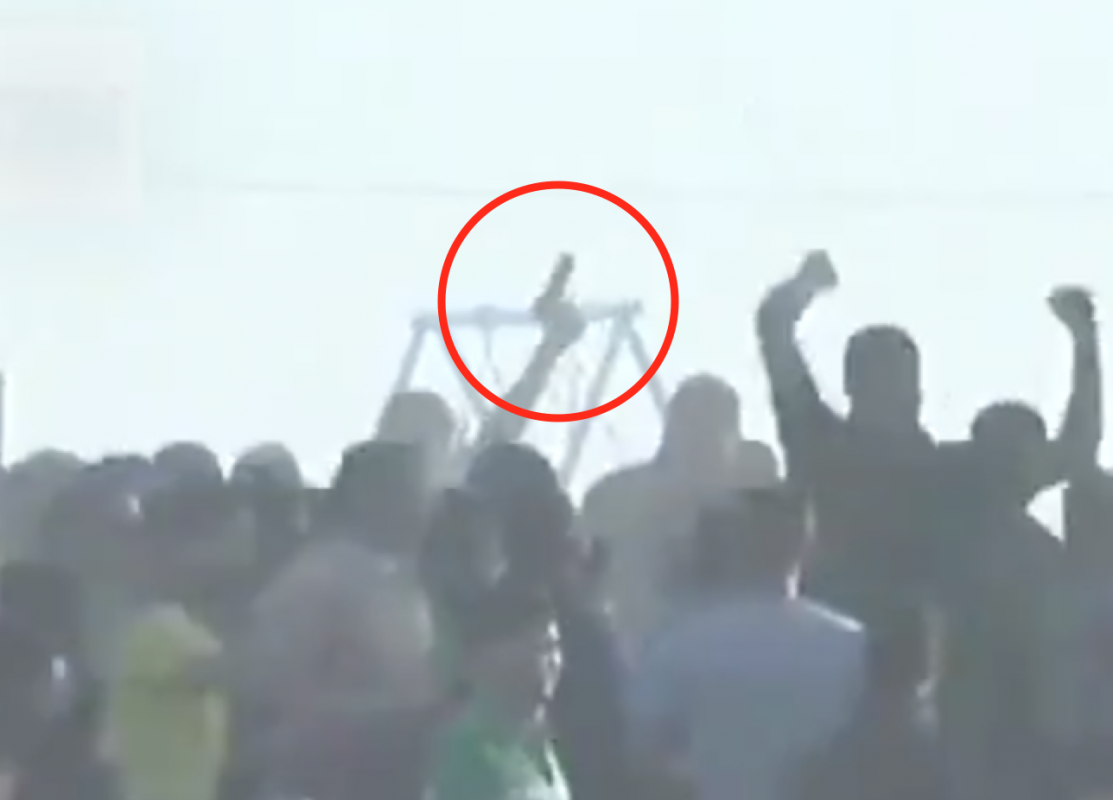 Ok, now. For you betting types: what’s the over/under on that being a squirt gun? Perhaps a Nerf pistol? Maybe it blows bubbles?

But hey, nothing to see here. Just a bunch of “peaceful protestors” launching fire bombs and waving guns around like madmen.