Geraldo Blasts Stephanopoulos Double Standard: if It Was Fox Host, 'Liberal Wolves Would Be Howling' 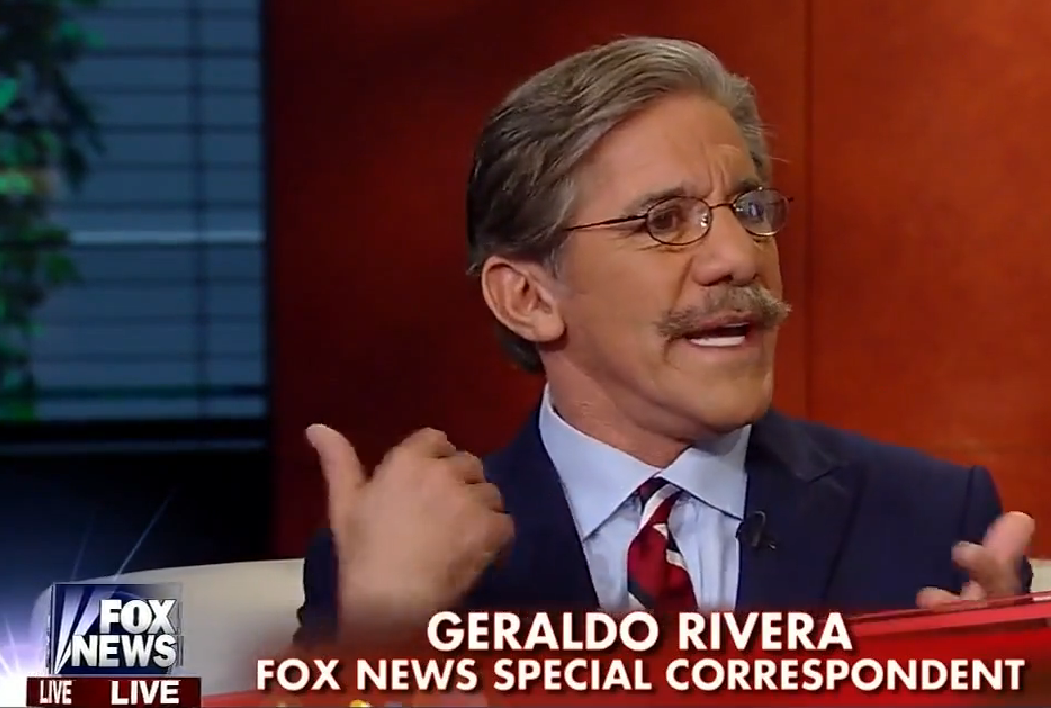 Geraldo Rivera has a unique perspective on the Stephanopoulos Clinton Foundation donation scandal. Since he was fired 30 years ago by ABC News "for a lousy $200 donation," he sees a liberal double standard in their reaction to the ABC news anchor's conflict of interest.

"If Bret Baier, Megyn Kelly, Chris Wallace or Bill O’Reilly made a similar donation to say an educational foundation run by Jeb Bush liberal wolves would be howling in front of Fox News."

On Friday's Fox & Friends and again on his Facebook page (video and Facebook post embedded below), Geraldo commented on the reaction to George Stephanopoulos' donation to the Clinton Foundation by ABC News and other liberal media.

On Facebook, Rivera recounted his dismissal by ABC News in 1985. A political donation was used as the official excuse, but the real reason was that a objected to the head of ABC News killing a news story to protect the Kennedy family.

In 1985, after fifteen great years, I was fired by ABC News. The official reason for my firing was a non-disclosed $200 donation to a family friend running in a non-partisan mayoral campaign in New Bedford Massachusetts.

The real reason I was fired was because I was estranged at the time from my boss Roone Arledge. I had complained publicly after Roone spiked a colleague's 20/20 story about the Kennedy brothers’ relationship with Marilyn Monroe. The Kennedy story never ran, I alleged, because of Roone’s relationship with the Kennedy family.

(...) Now ABC is bending over backward to minimize and forgive George Stephanopoulos' $75,000 donation to the Clinton Foundation because he is central to the network's recent success.

A mainstream news organization killing a story because of a political friendship, and then bending their own rules because they built much of their news organization around the guy who broke the rules?  Who'd have thought that could ever happen? (Probably everyone who observed the situation fairly).

Geraldo went on to speculate that Stephanopoulos made the donations to maintain "access to the family he served so loyally as a political operative in the 1990’s."

He ended with a truism about the liberal reaction to the ABC Anchors blunder:

Moral of the Story: If Bret Baier, Megyn Kelly, Chris Wallace or Bill O’Reilly made a similar donation to say an educational foundation run by Jeb Bush liberal wolves would be howling in front of Fox News.

Indeed, sometimes Fox News hosts are blasted by liberals and progressives for ridiculous reasons.  For example, host Megyn Kelly was once vilified when she joked that Santa Claus was white. At least, that's what the liberal critics said. The attacks might have come because, in the same statement, she said Santa Claus was real.

Bill O' Reilly was recently attacked because, after the recent Baltimore riots, he said:

"Every American, even criminals, should be safe in police custody," O'Reilly said. "But it is also long past time for African-American communities across America to begin to police themselves."

Geraldo's moral to the story is correct.  To liberal America, if you are a news anchor perceived as conservative and you talk about Santa being white, or talk about the African-American community self-policing, it is a crime against humanity. However, if you are a liberal news anchor who gave $75,000 to a charity associated with a liberal presidential candidate and act like the grand inquisitor when interviewing an author who wrote a book claiming problems with that charity - as Stephanopoulos did when he interviewed the author of "Clinton Cash" - that is good journalism.

Below is a video of the Geraldo appearance on Fox and Friends, followed by his Facebook post:

Fired For A Lousy $200 Donation in 1985, after fifteen great years, I was fired by ABC News. The official reason for my...