According to headlines around the world, Iceland became the first country to legally enforce “equal work for equal pay” requirements when it ushered in the new year.

A glowing review in the BBC claims that on New Years Day, Iceland began requiring businesses with 25 or more employees to prove—with a certificate—that they pay everyone with the same job equally, regardless of gender.  Government bureaucrats will be responsible for enforcing equal pay by monitoring businesses and fining those that do not comply.

#Iceland Setting the stage to be the 1st Nation on Earth to eliminate the gender wage gap & #timesupnow Is starting 2018 off right! 💥 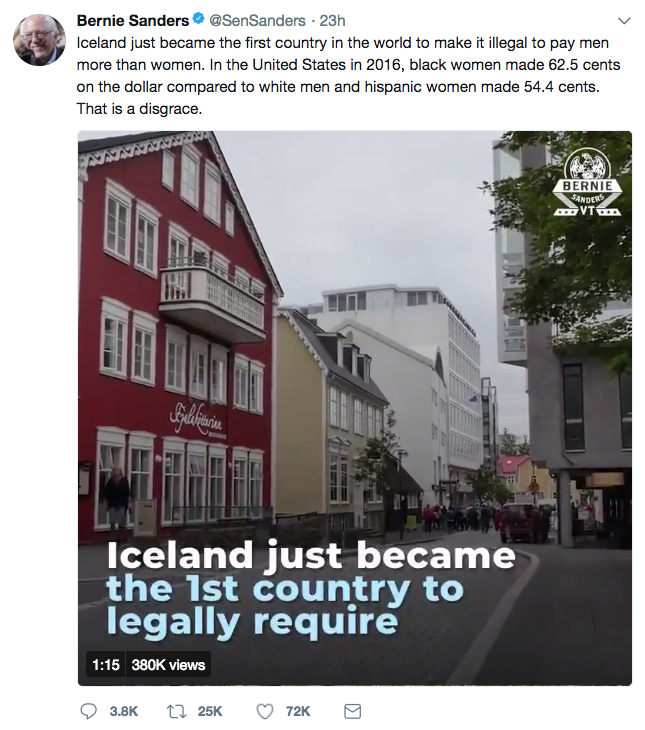 As Donald Trump Jr. mockingly pointed out, however, Iceland is not, in fact, the first country to make equal pay the law of the land. The Equal Pay Act of 1963 prevents pay discrimination based on gender in the United States:

As NPR points out, the concept of the law isn’t new or unique to Iceland. Iceland, however, is the first country to compel businesses to prove through a review that there isn’t alleged discrimination on the basis of gender.

While this Iceland law makes it illegal on paper to discriminate on the basis of gender, NPR notes that it is possible to pay men more than women if the reason for doing so is in writing and if the worker “adds extra value to the work.”