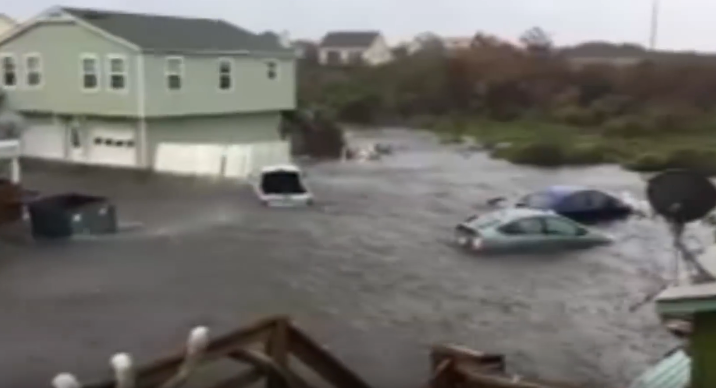 The estimate is in for the extent of the damage caused by Hurricane Matthew in North Carolina a little over a week ago.

N.C. officials have gave their estimate of $1.5 billion worth of damage in the Tar Heel state alone. While the eye of Matthew never touched U.S. soil, the intense bands of the storm caused damage to “more than 100,000 homes, businesses and government buildings in the state,” according to Fox News.

The death toll of Matthew continually rose due to the high-velocity winds and extreme flooding as a result of the large amount of rain in a short amount of time.

Officials also said that more than 33,000 applications for assistance to FEMA have also been received and about $12 million has already been approved.

At least 26 people died in North Carolina alone due to the flooding caused by the storm. Two more bodies were recovered Saturday after waters began to recede, according to Reuters. The storm caused about 30 deaths in the U.S. and around 1,000 in Haiti.

After Matthew left a path of destruction in the Caribbean, particularly Haiti, the storm made its way up the Atlantic coast from as far South as Palm Beach, Fla. all the way North to the North Carolina coast.

Statewide, power outages had fallen to 2,521 customers by Sunday afternoon, down from more than 800,000 customers without power last Sunday.

In one sign that the crisis was easing, the department only recorded three water rescues between Saturday and Sunday, bringing the total number of rescues to 2,336. The department said 32 shelters are open and are serving nearly 2,200 displaced people.

In the end, Hurricane Matthew was a major storm that affected millions of people. Here’s hoping they get the aid they sorely need.