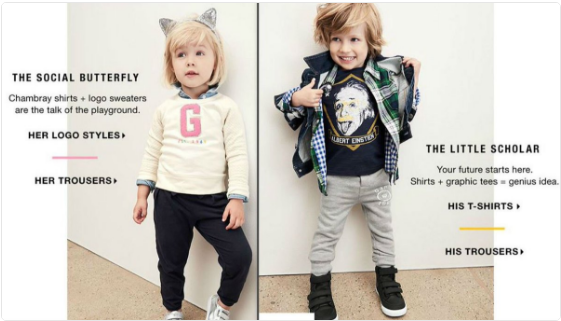 Scandal mongering is a way of life at the Huffington Post, but the most recent fake scandal is more fabricated than most.

Caroline Bologna published a piece in HuffPo on Tuesday complaining of a “sexist” back-to-school ad run by GAP Kids. The problem was that the little boy model was labeled “the scholar,” while the little girl was called, “the social butterfly” in the same ad.

The image has caused backlash among social media-active moms, who were outraged that GAP would supposedly tell them which gender was smart and which was not.

I’m not certain that was actually the implication of the ad. It seems like a relatively catchy and innocent way to sell clothes, but I guess not.

No wonder girls don't choose #STEM careers after they've been subjected to this rubbish growing up. Seriously!!! https://t.co/kfJ0NcrGKB

Look, if there are any girls who avoid choosing STEM careers just because of a subliminal message from a child’s clothing advertisement, they probably weren’t cut out for that type of work anyway. Just saying.

But here’s the kicker. This entire controversy was artificially cooked up from the very beginning. The picture circulating Twitter wasn’t the full advertisement.

GAP spokesperson Liz Nunan pointed out that (in addition to always supporting women and girls, etc.) these two models were part of a four-part piece which featured another girl labeled “The Adventurer,” and another boy labeled “The Comedian.”  Here's the full ad: 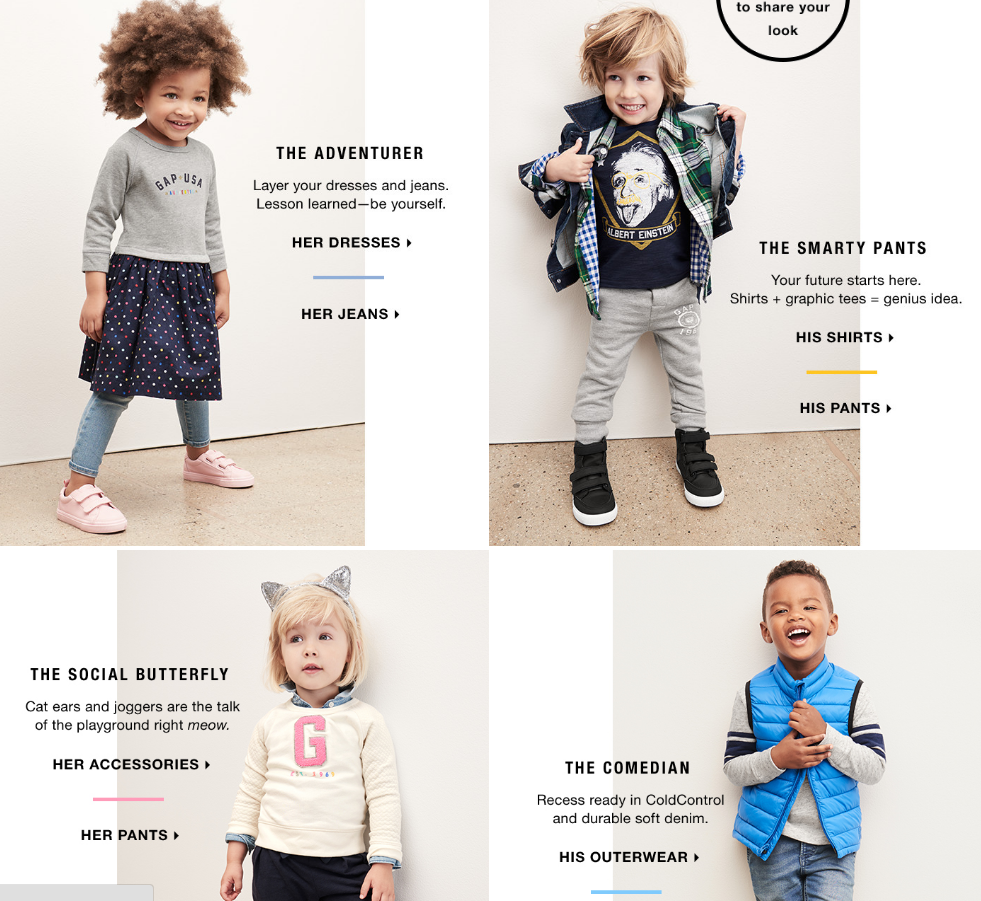 So this entire firestorm was started over an allegedly sexist direct contrast, which wasn’t even in the actual ad.