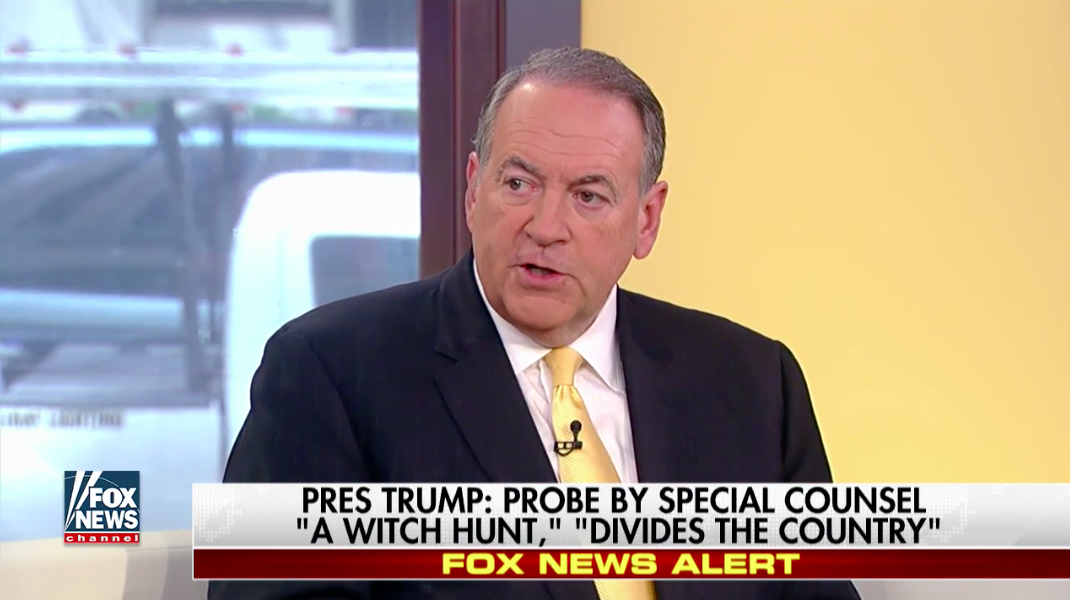 Former Arkansas Gov. Mike Huckabee in an appearance on “Outnumbered” Friday morning discussed the appointment of special counsel to lead the FBI’s investigation into Russia.

President Trump in a press conference on Thursday said that while he “respects the move” by Attorney General Rod Rosenstein to appoint special counsel, he thinks the "entire" Russia probe “has been a witch hunt.”

Huckabee said that the appointment of special counsel is actually a “gift,” reports Fox News Insider, "since now Trump can simply refuse to answer questions due to the ongoing probe" and focus on his big overseas trip to the Middle East and Europe.

He went on to say that Trump “needs to be the happy warrior” and show that the Russia investigation is “not getting to him.”

“There isn’t any evidence of collusion yet,” said Huckabee. “Frankly, I think the President just needs to drop this because, until somebody comes up with evidence, there’s really not a lot to talk about."

Huckabee added that Trump should “forget about the press" and instead speak to the issues Americans are concerned about, such as cutting taxes and “fixing Obamacare.”

Check out Huckabee's remarks in the video below.