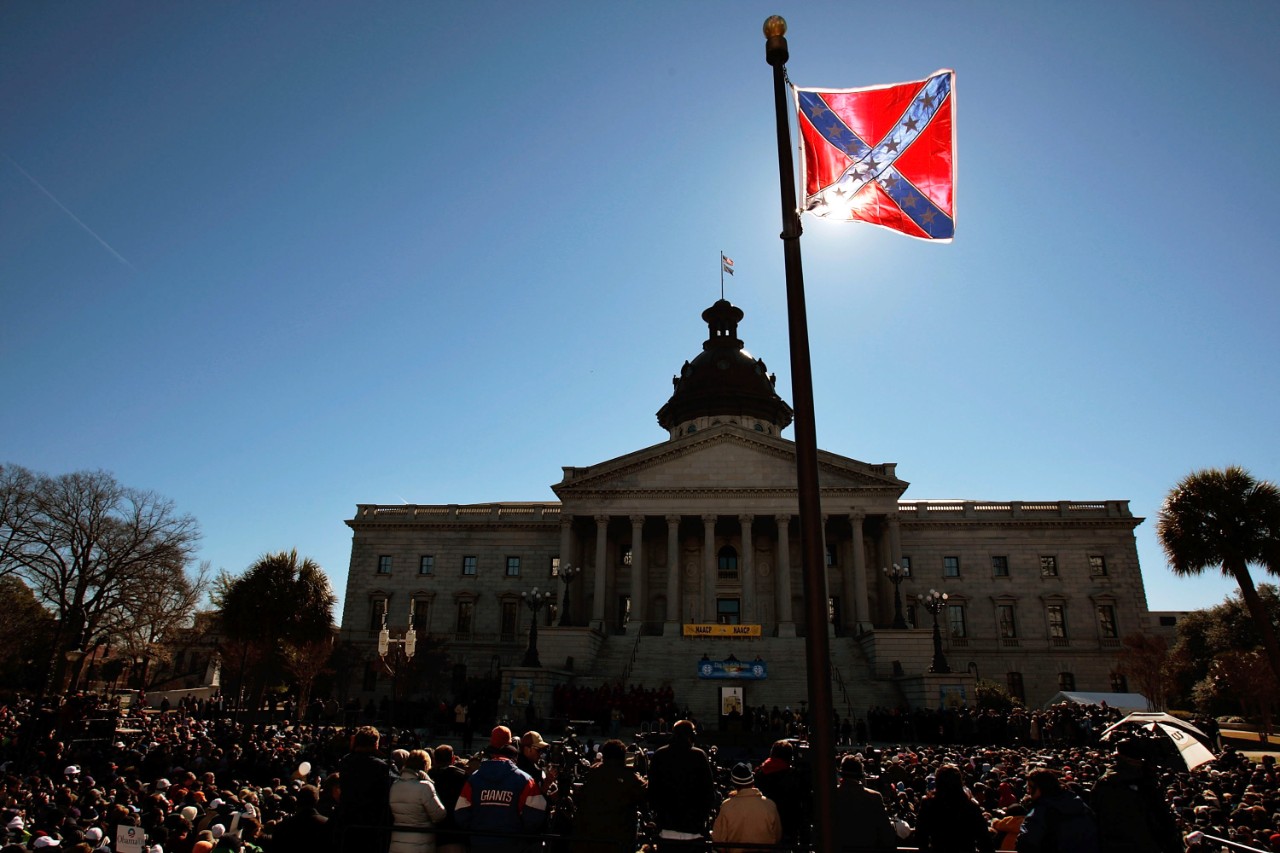 During the 2012 campaign, the "gotcha" question from the liberal media was about contraception. It appears that this year's question (at least since the horrible massacre in Charleston) is about South Carolina flying the Confederate flag, which was the first question Chuck Todd asked candidate Mike Huckabee on Sunday's Meet The Press. He asked the question three different times, three different ways.  Huckabee, however, did not bite. Each time Todd asked the question, Huckabee responded that it was an issue for South Carolina and "not an issue for a person running for president."

Todd started the interview with a clip from Huckabee's 2008 run where he didn't endorse the use of the Confederate flag, but instead, insisted it was a state issue, saying that, if someone "came to Arkansas and told us what to do with our flag, we'd tell them what they could do with the pole."

After the clip, Todd asked the former governor how he feels about it now.

I still think it's not an issue for a person running for president. Here’s what I think the question underlying all of this is, we're asking, is South Carolina a racist state because of the flag that flies on their capitol grounds? Here's what I can tell you as a frequent visitor to South Carolina. This is a state that largely white people elected a female governor of Indian dissent and the first ever African-American United States senator from the south. They have more diversity in the people they have elected to statewide office than New York, Connecticut or Massachusetts. There's 4.8 million people in South Carolina. I don't think you could say that the presence of one lunatic racist, who everybody in this country feels contempt for, and no one is defending, is somehow evidence of the people of South Carolina.

He went on to describe how the entire state, all races, all political persuasions united in prayer and that it was a great example for the entire country.

Should government be sanctioning a symbol that a large chunk of residents believe is a symbol of racism?

Again, Huckabee said it wasn't an issue for a president or a candidate; it was for the state to decide:

Well, it depends on which level of government. If the state government of South Carolina wishes to address an issue in their state, that's fine. But, Chuck, if you can point me to an article and section of the Constitution in which a United States president ought to weigh in on what states use as symbols, please refresh my memory on that. But for those of us running for president, everyone's being baited with this question as if that has anything to do whatsoever with running for president. My position is, it most certainly does not.

...As president you're focused on the economy, keeping America safe. Some really big issues for the nation. I don't think they want us to weigh in on every little issue in all 50 states that might be an important issue to the people of that state but not on the desk of the president.

Chuck Todd tried one last time, asking Huckabee if he himself was personally comfortable with flying the Confederate battle flag. Again Huckabee pushed back: