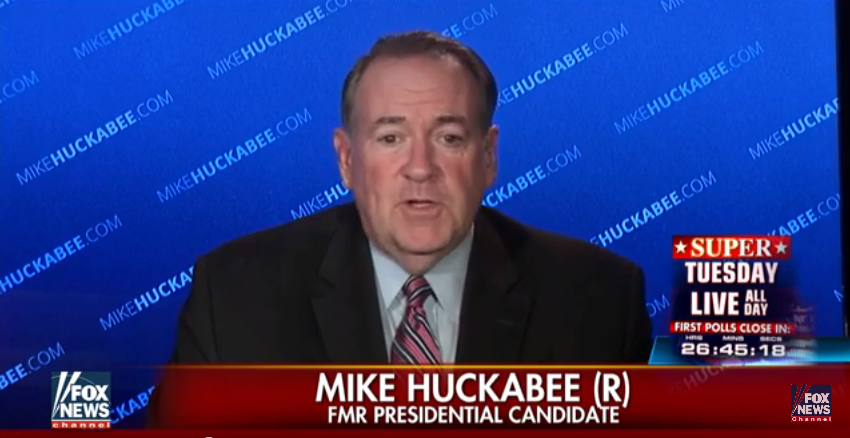 In an interview with Fox News’ Neil Cavuto, Huckabee said that accusing Trump of inciting violence is both “unfair” and “criminal.”

“So if you’re accusing Donald Trump of trying to encourage violence, you’ve accused him of a criminal act, and I don’t think that’s true.”

Huckabee added that Trump’s critics are playing into the radical left’s efforts to censor free speech.

He went so far as to call Trump a “victim” of said efforts.

“It’s the classic, let’s blame the victim,” he said. “This is about left-wing thugs… who want to stop freedom of speech for someone they don’t agree with.”

“This is the insanity of the radical left,” he went on. “These are not people who have thought through their positions. They operate with emotion – with their brains turned off.”

Listen to Huckabee’s full remarks in the video clip below.

Trump insisted in an interview on Monday that his campaign rallies are “love fests” and that he is a “peace-loving person.”

Critics on the left and right – including his rivals Ohio Gov. John Kasich and Florida Sen. Marco Rubio – have expressed concern about Trump’s divisive rhetoric and the safety of attendees at his campaign rallies.