How to Tell if You're Talking to a Liberal 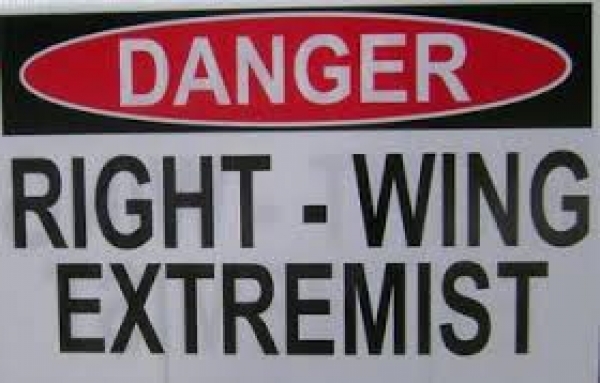 For some time now, conservatives have used the term "liberal" to describe our opponents and those who are on the opposite side of the political spectrum.  However, over the years, the word "liberal" began to take on a negative connotation with the majority of Americans.  So, the liberals started referring to themselves as "progressives."

Over the years, those on the left have come up with their own set of code words to describe conservatives that they disagree with or, in some instances, loathe.

Exactly when this term became the favored way for liberals to describe those us of on the right is unclear.  Although, turn on MSNBC any time of the day and you're likely to hear it thrown around...ahem...liberally.

It's used in the liberal media at times, as well. Use of this term gives the media outlet cover since the simple use of the term is not a direct slam on conservatives.  It's just how liberals refer to us these days. Liberal blogs like Salon and Huffington Post use the term constantly to describe conservatives.

This backhanded way of insulting conservatives isn't just utilized by the media and everyday liberals to label those of on the right.  Even the Obama Administration has used the term, not simply to describe their political opponents, but to imply that conservatives are dangerous terrorists.

In 2009, the the Department of Homeland Security released a study warning of the threat of "right-wing extremists" and released a similar report using the same phraseology in 2012.  In these cases, the studies focused on domestic nationalist groups, militias and white supremacists like Tm McVeigh or Dylan Roof. But, their use of liberals' favored term used to described everyday, peace-loving conservatives did not go unnoticed by conservative bloggers.

As I said before, there's no way of knowing exactly when "right-winger" became the left's scary new way to describe conservatives.  My theory, however, is that when the term "liberal" became highly unpopular with the American people in the seventies and eighties, liberals started identifying themselves as "progressive" in order to get rid of the negative connotation that came along with being deemed "liberal."

But, conservatives have never shied away from calling themselves "conservative." In fact, we're proud of the term. A plurality of Americans still identify as "conservative." So, the liberals realized they needed their own term that (while not insulting on the surface) could be used in leftist circles as a blanket reference to all of those on the conservative spectrum, from all of the top GOP contenders running for the presidency to white supremacist terrorist murderers.

So, while this may appear to be little more than a  lesson in political semantics, it is important for conservatives to acknowledge that, when someone call you a "right-winger," chances are that they are not using it as a complementary term to describe your preferred ideology.