Republicans took a page out of the left’s playbook on Wednesday when they decided to protest the seemingly Democrat-exclusive impeachment inquiry of President Trump’s involvement in some way with Ukraine.

Gaetz made comments to the media from the basement of the Capitol. Here are the series of video tweets Gaetz posted:

I’m gathered here with dozens of my congressional colleagues underground in the basement of the Capitol.

If behind those doors they intend to overturn the results of an American presidential election, we want to know what’s going on. #StopTheSchiffShow pic.twitter.com/c9Ks9VneYt

Adam Schiff’s impeachment inquiry has been marked by secret interviews, selective leaks, weird theatrical performances of transcripts that never happened, and lies about contact with a whistleblower. pic.twitter.com/qmGtCqNUal

We’re going to try and figure out what’s taking place on behalf of the millions of Americans that we represent.

Our constituents want to see a Congress working for them- not one obsessed with attacking a president who we believe has not done anything to deserve impeachment. pic.twitter.com/TQ0JHlA6x9

Other Republican members of Congress who were present for the “storming” tweeted about the display. As you'll see, Republicans are using the hashtag, #StopTheSchiffShow: 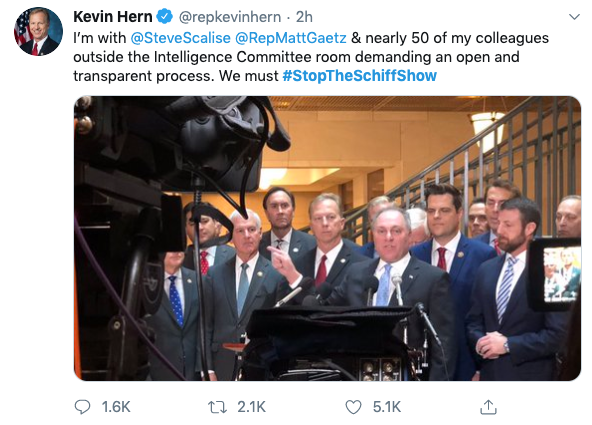 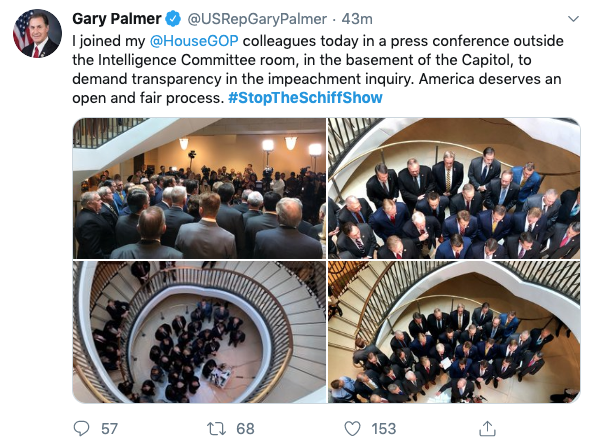 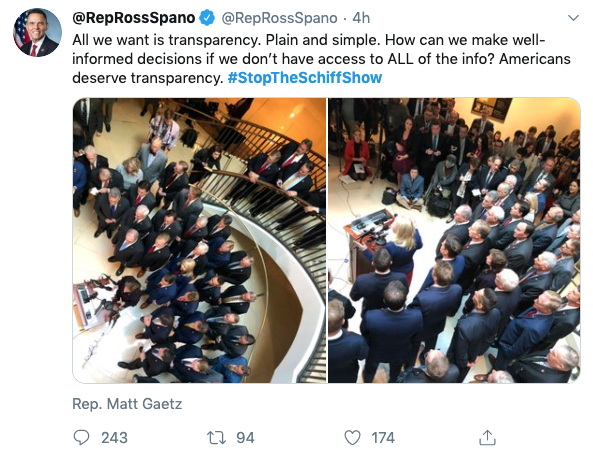 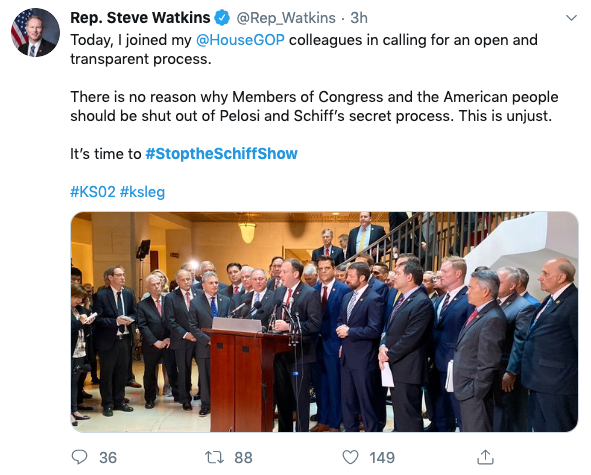 Not ones to be out outraged by their counterparts, Democrats threw in their two cents on Twitter as well: 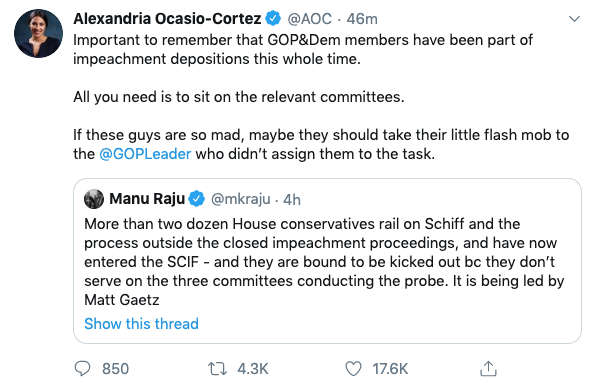 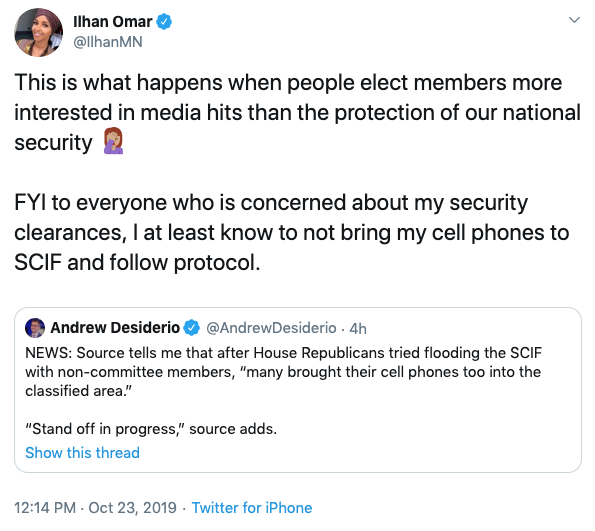