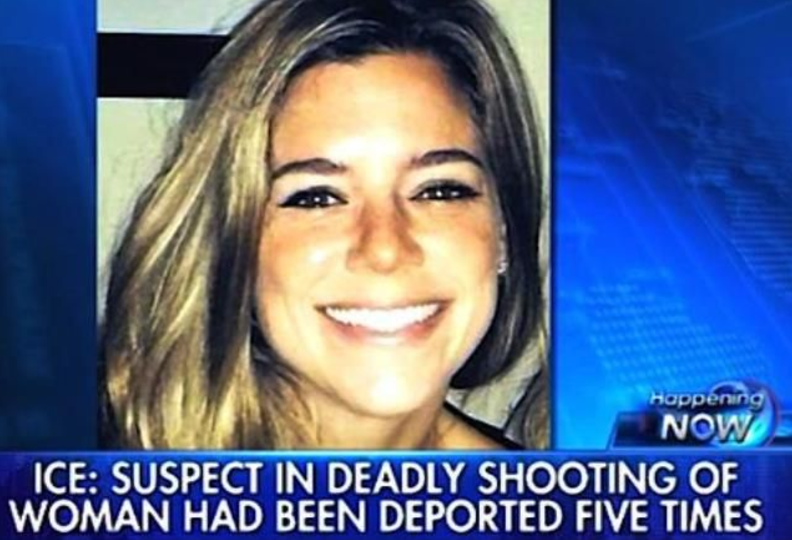 The U.S. House of Representatives on Thursday passed two bills that crack down on illegal immigration and the cities that interfere with federal law enforcement efforts.

In a final vote of 257-176 for Kate’s Law and 228-195 for the No Sanctuary Cities for Criminals Act, House Republicans successfully passed the measures on to the Senate.

Democrats strongly opposed both measures, as only 24 voted “yes” for Kate’s Law and three for the anti-sanctuary cities bill.

Kate’s Law, named after Kate Steinle who was killed by an illegal immigrant who had been deported five times and was convicted of murder, would increase the penalties for deported aliens who try to return to the U.S.

The No Sanctuary Cities for Criminals Act would deny sanctuary cities certain Department of Justice or Department of Homeland Security grants to cities, ensuring that “American taxpayers are not subsidizing States and localities that work to affirmatively thwart Federal law enforcement efforts.”

President Trump praised the news in a statement:

During my campaign, I met many grieving families who all had the same plea: lawmakers must put the safety of American families first. Today, I applaud the House for passing two crucial measures to save and protect American lives. These were bills I campaigned on and that are vital to our public safety and national security. The first bill, Kate’s Law, increases criminal penalties for illegal immigrants who repeatedly re-enter the country illegally. The bill is named for Kate Steinle, who was killed by an illegal immigrant who had been deported five times. Every year, countless Americans are victimized, assaulted, and killed by illegal immigrants who have been deported multiple times. It is time for these tragedies to end.

The second bill, the No Sanctuary for Criminals Act, restricts taxpayer grant money to cities that prevent their police from turning over dangerous criminal aliens to federal authorities. Sanctuary cities are releasing violent criminals, including members of the bloodthirsty MS-13 gang, back onto our streets every single day. Innocent Americans are suffering unthinkable violence as a result of these cities’ reckless actions. The House bill also includes what is known as Grant’s Law and Sarah’s Law. These provisions, which prevent the release of dangerous criminals awaiting removal proceedings, are named for two slain Americans whose parents I spent time with during the campaign.

The implementation of these policies will make our communities safer. Opposing these bills, and allowing dangerous criminals back into our communities, our schools, and the neighborhoods where our children play, puts all of us at risk.

Now that the House has acted, I urged the Senate to take up these bills, pass them, and send them to my desk. I am calling on all lawmakers to vote for these bills and to save American lives.

He also tweeted his approval.

Today the House passed Kate's Law & the No Sanctuary for Criminals Act. It's time for tragedies like Juan's to end: https://t.co/BVQx1ZD0OY pic.twitter.com/rTz9KHbUTj

No Sanctuary Cities for Criminals Act