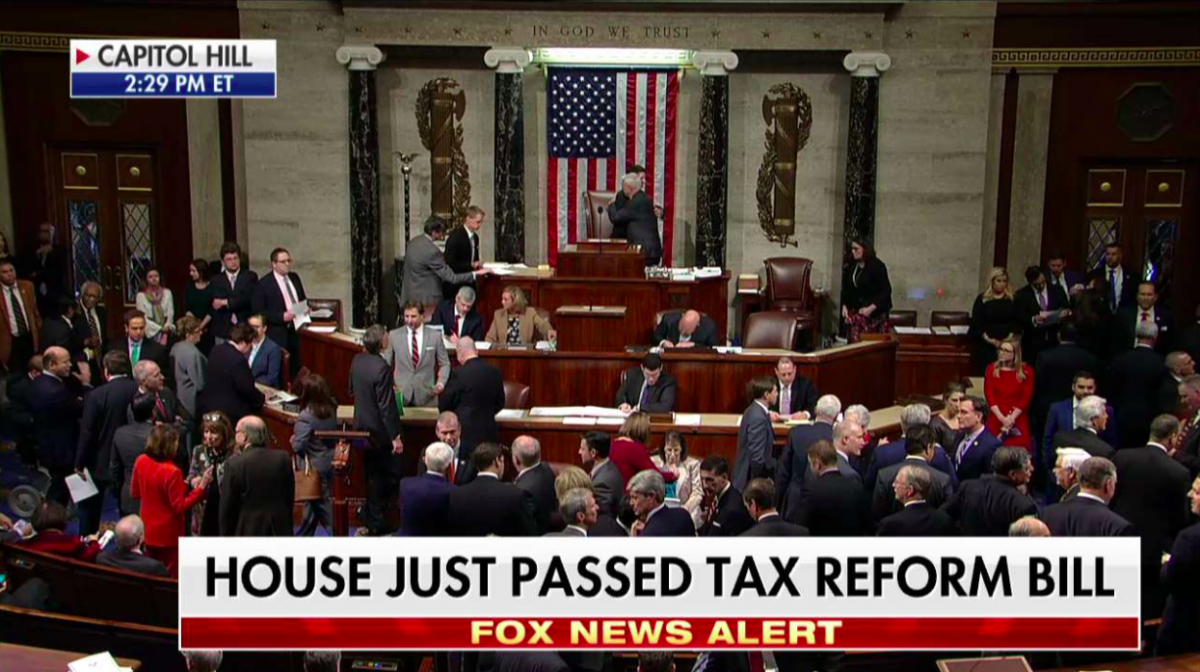 The bill passed 227 – 203 in the House, with 12 House Republicans opposing and all Democrats voting against it.

There was cheering on the House floor after the final vote was tallied.

House Republican leaders spoke to reporters after the vote, each sounding more and more optimistic about the future.

“This was a promise made; this is a promise kept,” House Speaker Paul Ryan said. "This is profound change, and this is change that is going to put our country back on the right path.”

"For every American that had fought for a pay raise, for every parent, for everyone who ever dreamed of opening a small business or being an entrepreneur, I want you to know we heard you,” said House Majority Speaker Kevin McCarthy.

"If you're an American like those of us here that are tired of seeing jobs shipped overseas because America had the highest corporate tax rate in the industrialized world and we couldn't compete anymore, this is an historic day for you ... because now you finally have that shot at the American dream again,” said House Majority Whip Steve Scalise.

.@SteveScalise on the House approving the final tax reform bill: "This is an historic day for you, because now you finally have that shot at the American dream again..." pic.twitter.com/d3FW15QVm5

Speaker Ryan delivered a speech on the House floor ahead of the vote.

"Today we are giving the people of this country their money back,” he proclaimed.

He said that the tax bill will not only make filing taxes easier, with the forms reduced to the size of a postcard, but will also spur economic growth and job creation.

The Senate will vote on the measure Tuesday evening. If the bill passes the Senate, it heads to President Trump’s desk for his signature.