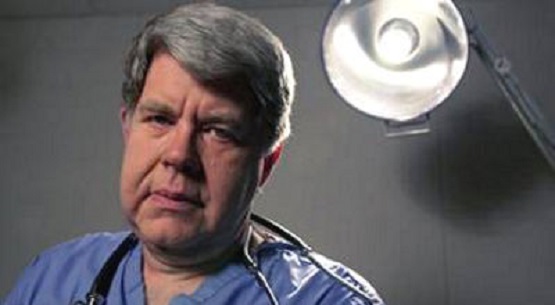 The House Select Investigative Panel on Infant Lives, a sub-group of the Energy and Commerce Committee chaired by Rep. Marsha Blackburn (R-TN), is investigating the practices of abortionist LeRoy Carhart and his Germantown, Maryland, abortion clinic which is one of the few remaining clinics practicing third trimester infanticide. According to the committee, at least five women have been sent to the hospital since December while seeking an abortion in this clinic.

Carhart, who performs his deadly duties in Maryland and in Nebraska, boasts he has performed 80,000-100,000 abortions during his career, but feels no guilt for the lives he's taken. In fact, this past February Carhart told medical students at Johns Hopkins, “I believe I’m doing God’s work.”

He has gone to the Supreme Court twice to demand the legalization of his favorite method of partial-birth abortion, wherein a baby is mostly delivered and then his skull crushed and brain vacuumed out (Gonzalez v. Carhart, 2007; Stenberg v. Carhart, 2000).

Aged 74, Carhart holds no hospital privileges anywhere, and has had no such privileges since 1982. As a result, the women who go to his clinic are risking their own lives. In the past four years, there have been 13 women who have had to be rushed to the emergency room because of a Carhart procedure. Five of them between December 2015-March 2016:

“We have an obligation to protect the most vulnerable at all stages of life,”  “This obligation was expressed in both the Partial-Birth Abortion Ban Act and the Born-Alive Infants Protection Act. Reports regarding the Germantown clinic are deeply troubling, both for the sake of babies whose lives are ended so close to—and possibly even after—birth and for the sake of the women who have been rushed from that clinic to the hospital with increasing frequency. In order to properly address these concerns, we have issued subpoenas not only to Dr. Carhart and his clinic, but also to hospitals and first responders who may have information that will be instructive. Time is of the essence.”

With a record such as that above, it's a wonder that LeRoy Carhart still has a license to practice medicine.