If liberals had it their way, everyone would be equal -- equally broke. Unfortunately, they don't see despair as a natural result of their decisions.

A group named Justice Democrats has introduced a plan asking for regular citizens to contact their U.S. representative to demand they “Stand up for Medicare for All.”

Here is the instructions and pledge from Justice Democrats: 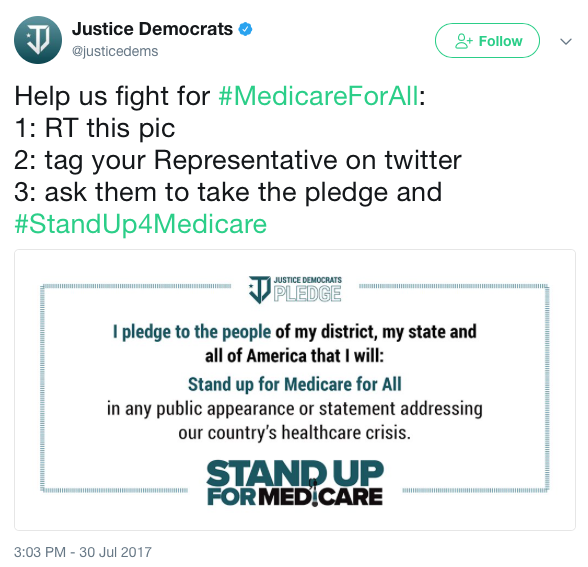 Both congressmen took the pledge at the press conference Friday afternoon. After Rep. Conyers, who has advocated for a single-payer healthcare system for years, spoke in support of Medicare for All, Rep. Khanna made an economic argument for government-funded healthcare:

“Conservatives are fond of saying Medicare for all or single payer will cost $32 trillion...What they conveniently don't point out is that the current system costs $49 trillion.”

He noted that CEO salaries and marketing costs at insurance companies are among the savings that would come with a single-payer system.

It’s pretty easy to say that the savings would come in the form of eliminating CEO salaries and marketing costs when you put the government in charge of health care and make it mandatory. Essentially, establishing a single-payer health care system in this country would take Obamacare's problems and put it on steroids.

Conyers and Khanna took the pledge mere hours after certain members of the Republican Party aided in blocking the GOP repeal of Obamacare in the Senate.

Khanna even took to Twitter to affirm his pledge and to remind everyone what a visionary Conyers was, for some reason: 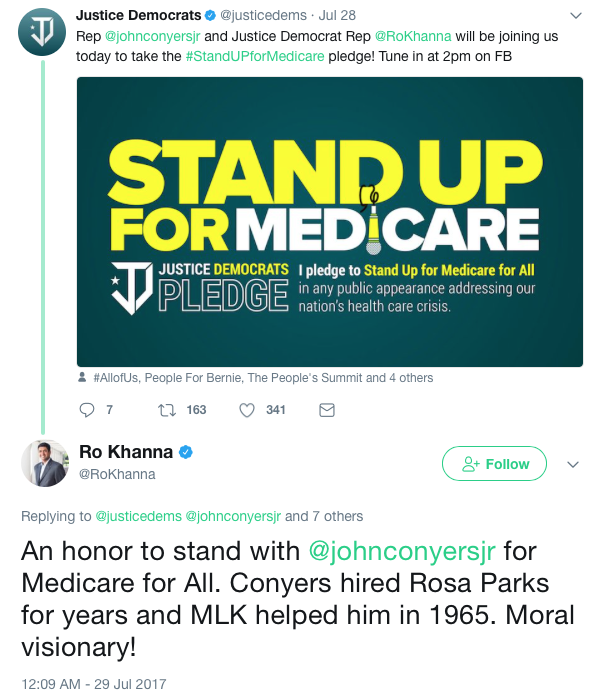 For video of Conyers and Khanna taking the pledge, watch below:

Stand Up for Medicare for All