Historian Slams Trump's 'Authoritarian' Balcony Appearance...While Forgetting Obama Did It All the Time

Presidential historian and NBC commentator Michael Beschloss might want to brush up on his history before writing his next book – because if it’s anything like his tweets, it'll be less than the toilet paper it’s printed on.

Beschloss, who makes no bones about his rabid dislike for Trump, took to social media Monday to slam President Donald Trump for his “authoritarian” stance after the president appeared on the White House balcony and removed his face mask following a several-day stint at Walter Reed Medical Center being treated for COVID-19.

“In America, our Presidents have generally avoided strongman balcony scenes — that’s for other countries with authoritarian systems,” Beschloss criticized Trump – who, of course, would have been equally criticized had he appeared anywhere closer to anyone than from the balcony (motorcade, anyone?)

Unfortunately for Beschloss, his criticism isn’t just ridiculous given the nature of the situation – it’s also wildly untrue. Let’s take a look back, shall we?

For example, here’s a photo of one recent president, not-Trump, who not only stood on a balcony, but did so repeatedly.

Heavy #sarcasm >>> You’re correct Michael and equally applied here are a few strongman pictures of @BarackObama and @MichelleObama. You’re an idiot. It’s a balcony. That is all. pic.twitter.com/sIrzYA043c

And whoops, look at that, here are a few others.

In fact, standing on the White House balcony appears to be a tradition that dates back a good while... 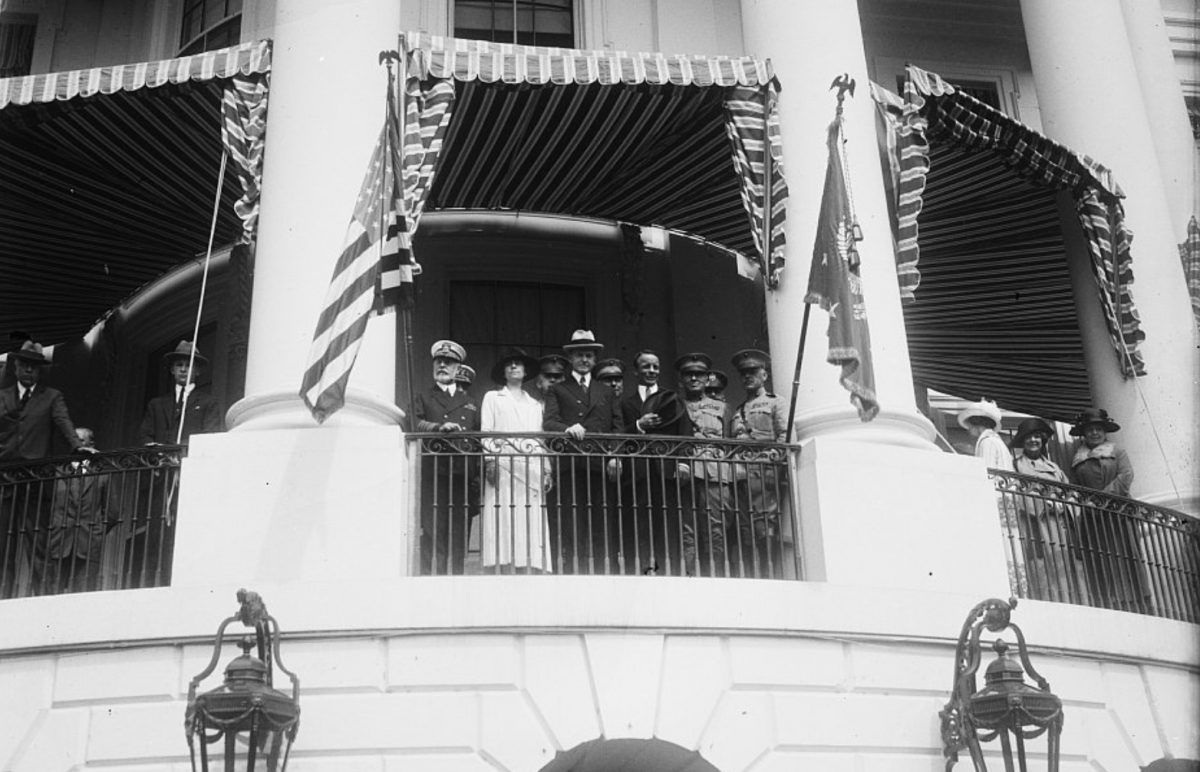 ...all the way to the inauguration of George Washington, which took place on the balcony of the original Federal Hall.