Even during awards shows late-night hosts and their writers no longer have the ability to write actual comedy or comedy skits without involving their muse, President Trump.

The proof was further mixed into the pudding Sunday evening when host James Corden led a sketch in which different celebrities participated in faux auditions for the spoken word version of the highly controversial book by Michael Wolff, “Fire and Fury: Inside the Trump White House.”

It’s not unusual to see the radical Hollywood cult use any platform that is afforded to them to disparage Trump in any way they can. But, what made this skit more noteworthy was the inclusion of failed Democratic presidential nominee Hillary Clinton as one of the people “auditioning.”

The skit was made to make Trump look like a fool in front of both the celebrity audience and audience at home — the majority of which already don’t like Trump. If Hollywood isn’t pandering to the perennially uninformed, then they’re not working.

After the cult members kept striking out during their auditions — that I’m guessing was supposed to be funny — the reader that won Corden’s heart was Clinton.

Clinton read a passage from the book about why Trump eats at McDonald’s. According to Wolff's book, apparently Trump had a prolonged fear of people poisoning him, so he eats at McDonald’s because it’s fast food so the workers wouldn’t somehow have time to poison him. 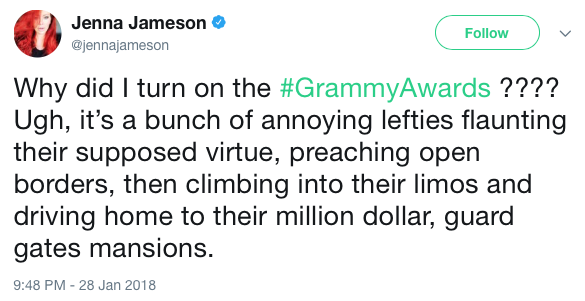 I would call Clinton’s participation sour grapes, but I think she’s gone way past that into sad territory. Don’t get me wrong, no one should feel bad for Clinton losing the election. She’s doing a perfectly fine job doing that on her own. It’s just that Clinton has been on this sympathy tour for over a year now, and all you can do in response is either laugh at the absurdity of it or cry from laughter.

The Hollywood cult won’t stop in their quest to smear Trump through what they believe is comedy, so you can do either one of two things — deal with it, or tune it out. From the looks of it, people seem to be doing the latter.