Hillary Defends the Clinton Foundation Against Attacks by Trump 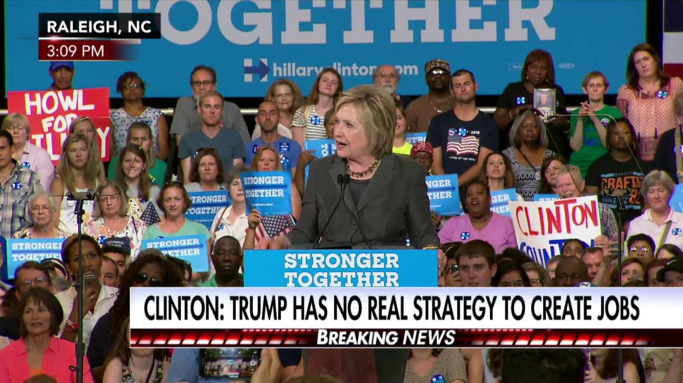 Hillary Clinton defended her family’s nonprofit at a rally in Raleigh, N.C., on Wednesday in light of recent remarks by Donald Trump criticizing the Clinton Foundation for its financial dealings with and connections to countries with poor human rights records.

In her speech, Clinton, who recently called Trump a "fraud" who would "scam America,"  complained that Trump is relying on personal attacks to distract Americans.

She said that he has no real answers to solve the issues facing the country, particularly the economy.

“He’s going after me personally because he has no answers on the substance,” said Clinton. “All he can do is distract us. That’s even why he’s attacking my faith. Sigh. And of course, attacking a philanthropic foundation that saves and improves lives around the world.”

Watch a clip from her remarks below.