Hillary's Response to Email on U.S. Drone Crash: 'I Like the Idea of These'

On her private email account, then-Secretary of State Hillary Clinton responded to a message from an aide on a U.S. drone crash in Pakistan by saying: “I like the idea of these. How high are they? What would the bench be made of? And I’d prefer two shelves or attractive boxes/baskets/conmtainers [sic] on one. What do you think?”

Apparently, she confused the news story on the drone crash from aide Huma Abedin with an email about furniture decorations.

“Did u mean to send to me?” Abedin emailed back.

“No-sorry! Also, pls let me know if you got a reply from my ipad. I’m not sure replies go thru.” 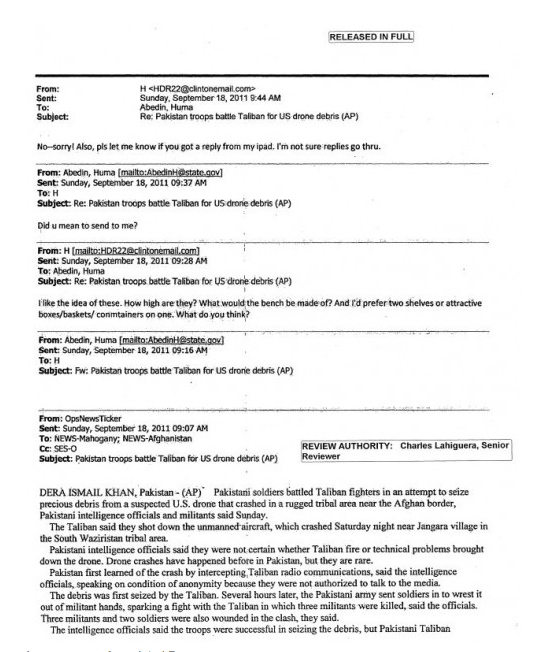 This belies Clinton’s claim that she used private email because it would be too inconvenient to carry two devices. At the very time in question, Clinton was using an iPad in addition to her ubiquitous Blackberry, according to her own words in this email.