Hillary Clinton: 'Religious Beliefs...Have to Be CHANGED' Using 'Political Will' 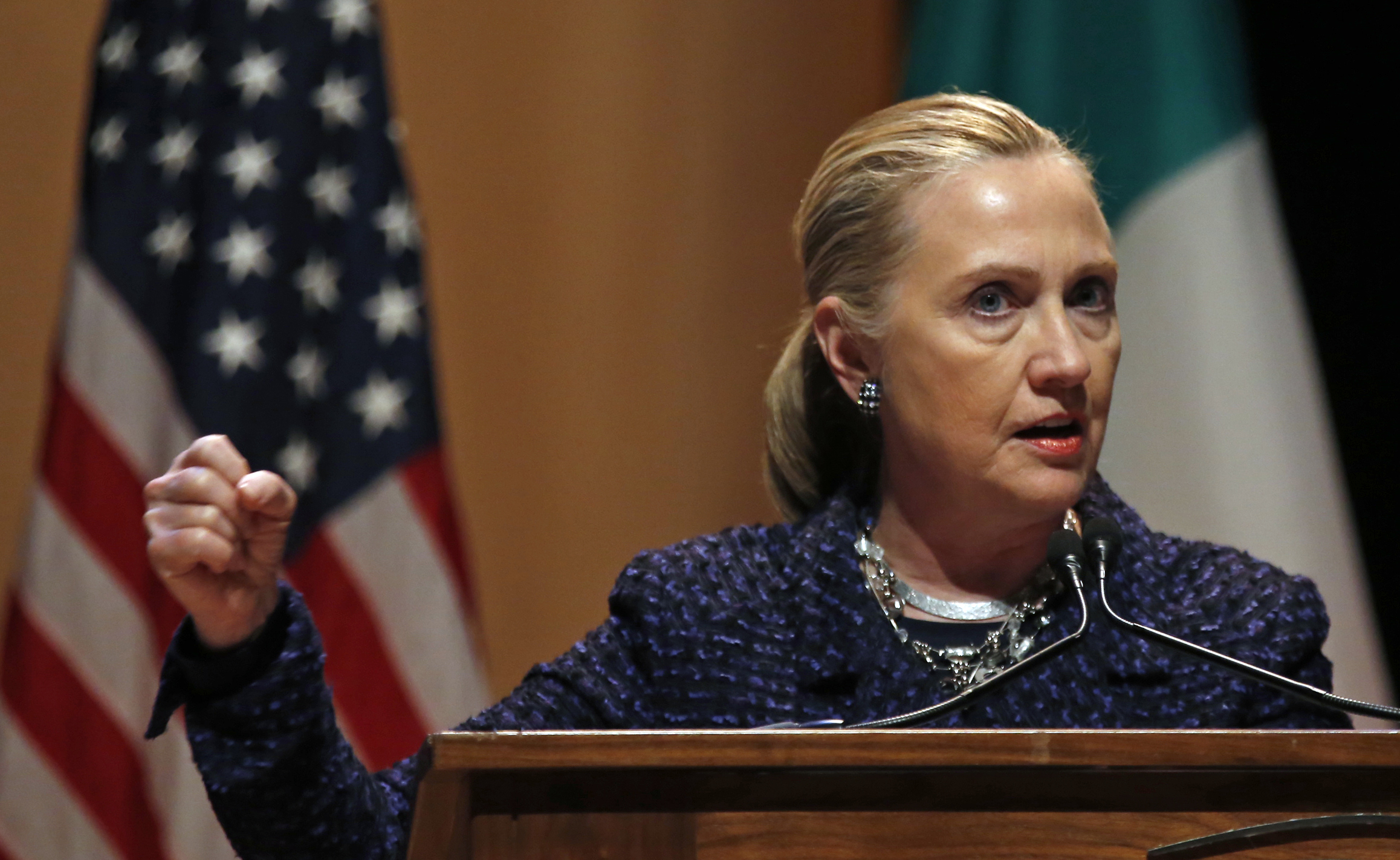 Daily Caller reported about a speech given at the 2015 Women in the World Summit on Thursday where Democratic heir-apparent Hillary Clinton seemed to declare a war on religion:

“Far too many women are denied access to reproductive health care and safe childbirth, and laws don’t count for much if they’re not enforced. Rights have to exist in practice — not just on paper,” Clinton said.

“Laws have to be backed up with resources and political will,” she explained. “And deep-seated cultural codes, religious beliefs and structural biases have to be changed. As I have said and as I believe, the advancement of the full participation of women and girls in every aspect of their societies is the great unfinished business of the 21st century and not just for women but for everyone — and not just in far away countries but right here in the United States.”

Regardless of how one feels about abortion the sentence, “And deep-seated cultural codes, religious beliefs and structural biases have to be changed" may scare observant people of all faiths.

At Hot Air, Ed Morrissey explains that Ms. Clinton's comment about religion may help her with the most progressive of Democrats, but will damage her amongst the middle-class families she is trying to woo:

Politically speaking, this kind of hostility to religion plays well … among the “safe space,” “trigger warning” crowd. Running for president on the basis of promising to use the power of government to change “deep seated cultural codes [and] religious beliefs” might be the most honest progressive slogan in history, but it’s not going to endear Hillary to the people who got offended by Barack Obama’s “bitterly clinging” comments — which she exploited in 2008 to paint herself as the friend of those denizens of middle America. Those voters will now see the real Hillary Clinton, the one who dismisses their faith just the same as Obama did, and this time publicly rather than in a private fundraiser.

What does Hillary do to counter this? I’m waiting to hear If you like your religion, you can keep your religion. That will fit the progressive pattern well.

Still, Clinton's attack on religion is nothing new.

In 2011, speaking at the at the Saban Center for Middle East Policy at the liberal Brookings Institute, Clinton expressed concern for Israel's social climate in the wake of limitations regarding female singing in the IDF and gender segregation on public transportation. Both were accommodations made to the Orthodox communities in Israel.

She referred to the decision of some male Orthodox IDF soldiers to leave an event where female soldiers were singing (Orthodox men do not believe in listening to the singing voice of women). Ms Clinton said it reminded her of the situation in Iran. Of course, in Iran, the women may have been lashed or executed for violating gender codes. In Israel, the women sang, but the men who felt it was against their religious beliefs to listen to a women sing were allowed to walk out.  Most senior officers in the IDF supported the women's right to sing.

At the same Saban conference, Clinton also spoke of her shock that some Jerusalem buses had assigned separate seating areas for women (Orthodox men and women avoid physical contact). Most busses do not make this accommodation, but that didn't stop the then-chief diplomat of the United States to claim,  "It's reminiscent of Rosa Parks."

The First Amendment guarantee of freedom of religion is not a Democratic or Republican issue, nor is it one for only men or women it concerns all American's of all faiths. Someone who is as politically astute as Hillary Clinton should understand that better than she indicated during her Thursday evening speech.