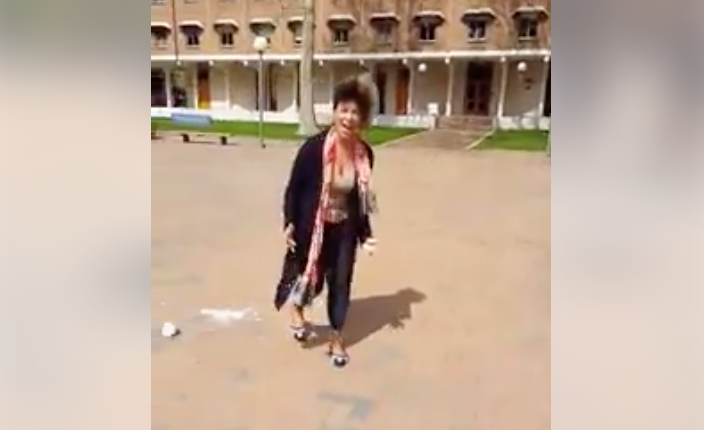 Everybody want to hear the most annoying sound in the world?

Question…If a SJW screams on a college campus, but no one is around to hear it, does it make a noise?

It's actually a trick question, because they wouldn’t be screaming like a banshee if there was no one there to give them the attention they clearly didn’t get from their parents.

Conversely, they might have received too much attention from their parents, telling them everyday that everything they do is precious, so in turn they feel that gives them liberty to ruin everyone else’s day.

Also, is it just me or did her screams sound eerily similar to the subject of another video I came across?

It’s not really surprising that this happened at Western Washington University since the college resides on the “Left Coast.”

People even walked by and asked if this girl was alright, and she repeatedly responded that she was okay.

Well, news flash. You're not okay.

“Call the police, bitch” was her response when someone was merely trying to check on her.

I’m sorry, not really, but this form of “artistic expression” is a cry for attention and possibly symptoms of mental illness.

Years ago, if someone was screaming at the top of their lungs repeatedly people, no matter what their political affiliation, would assume that something was mentally wrong with a person acting like this.

Today, it is a perfectly acceptable form of protest in the sense that they feel screaming is necessary in order to squelch opposing thought.

All of this because someone held up a Trump sign.

I would call this a situation a “triggering,” but those are made up terms by fake people who don’t understand reality.

The reality is that people like this have a rude awakening coming to them when they leave college and hit the real world. Indoctrination centers [colleges] around the country are doing a severe disservice to the youth by telling them that their manufactured feelings can dictate change.

Well, all those manufactured feelings got a president elected, and not the one they wanted.