Walking with Al Sharpton following a planned Thursday lunch, Harris sped past the cameras and into a waiting vehicle as dozens of reporters pelted her with requests for comment on the Smollett case.

Funnily enough, Harris was more than happy to give her opinion the Smollett case back before it was found to have all been a big hoax, tweeting in late January that Smollett’s alleged attack was tantamount to a “modern day lynching.” 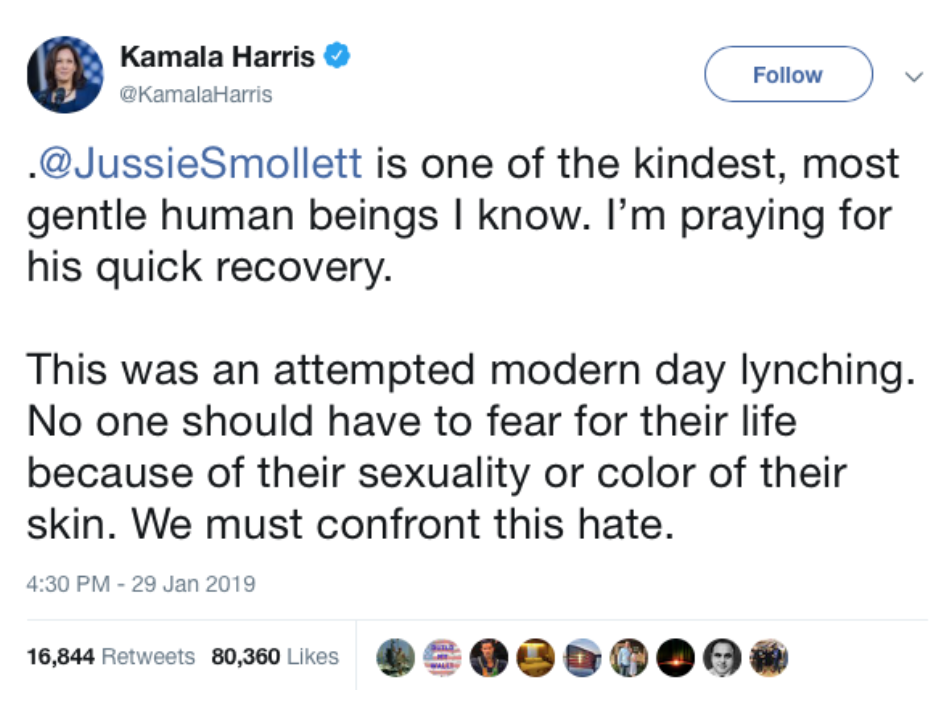 In the weeks that followed, Harris also supported New Jersey Sen. Cory Booker in passing a bill in the U.S. Senate to make lynching a federal crime.