The first 2020 Democratic primary debate in Miami, Fla., Wednesday night started off on a comical note.

O’Rourke was asked one of the first questions of the night on whether he supports his fellow contenders’ proposals to impose a marginal individual tax rate of 70 percent on those who make more than $10 million a year.

He gave a long-winded answer in both English and Spanish, saying that, “We need to include every person in our democracy.”

Booker, in the meantime, looked shocked, eyes as wide open as could be.

The moment is going viral, with people sharing screenshots and videos mocking his facial expression. 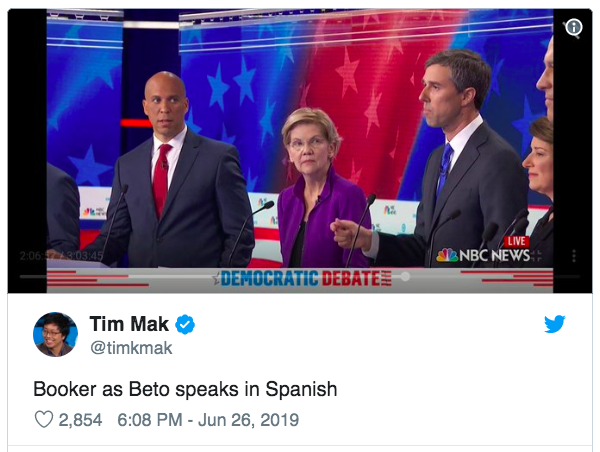 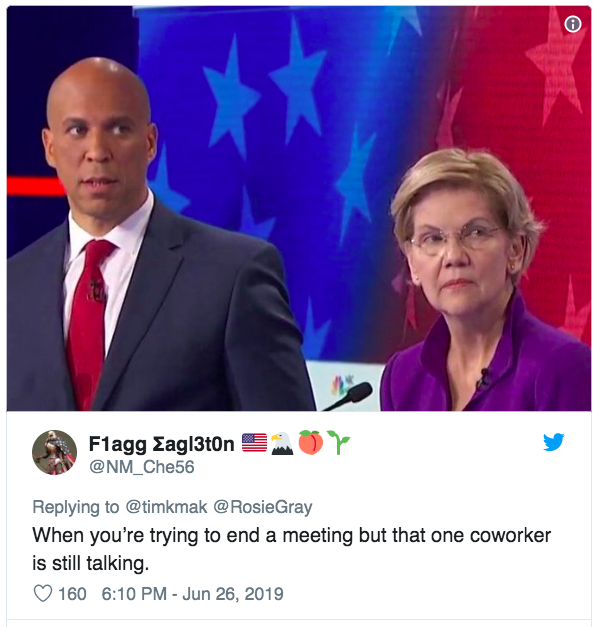 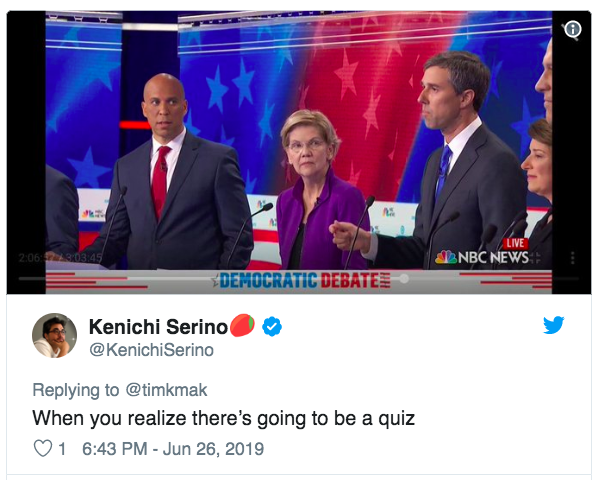 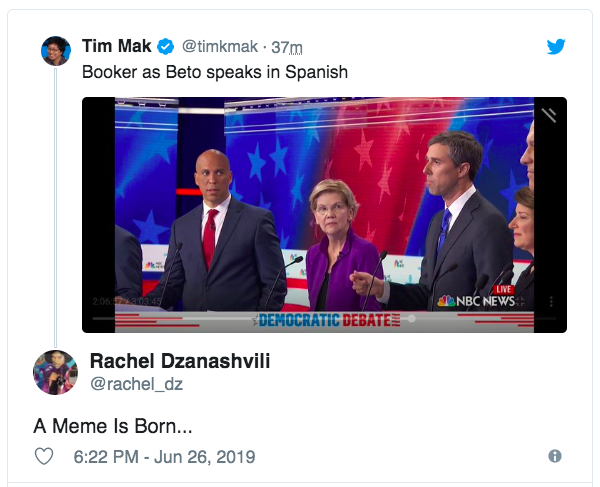 Booker later got up the courage to speak in Spanish as well.

WATCH: Booker responds in Spanish when asked what he would do with immigration on Day 1 as president. pic.twitter.com/LMbFpn79Ck

Many took to Twitter to say it was no wonder Booker was so wide-eyed when O'Rourke was speaking, because it was his plan to speak in Spanish.

Others joked about O'Rourke's reaction: 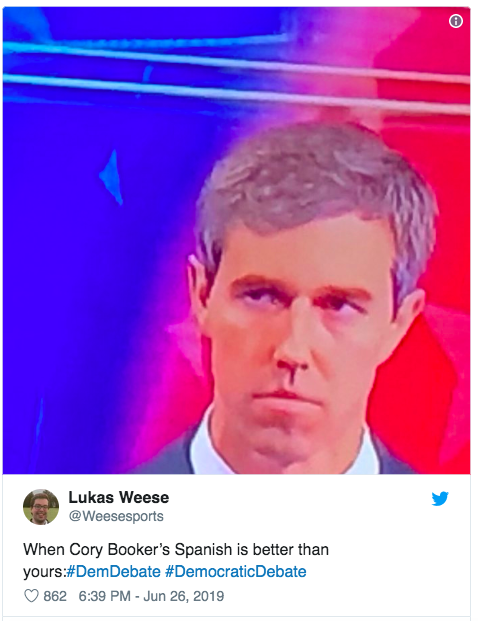